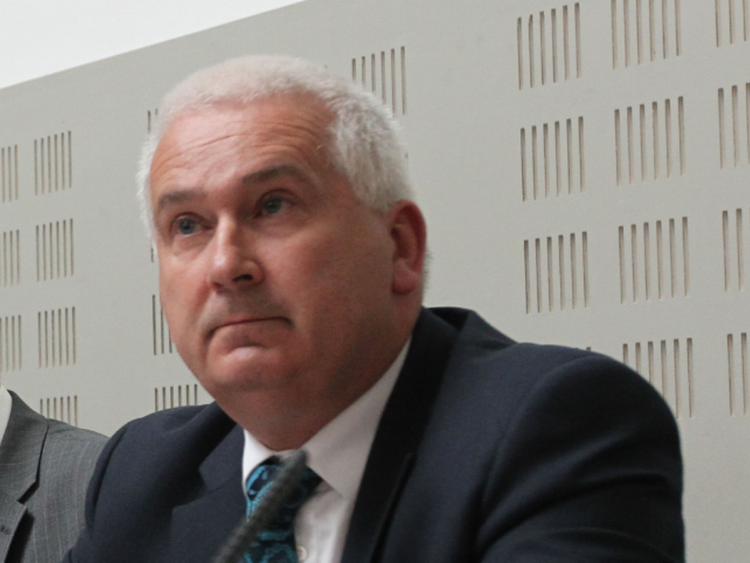 With anti-immigrant sentiment on the rise, and more and more talk internationally about closing borders, it is very easy to ignore modern slavery – a multi-billion-pound criminal industry which commoditises human beings and in which Ireland, unfortunately, plays a part.

Irish people, it seems, were involved in the chain that led to 39 people dying in the back of a refrigerated truck in Essex. We also learned recently that a second Irish trafficking gang is at the centre of a major probe by Police in the Netherlands, after an Irish lorry driver was stopped with 29 Vietnamese nationals in the back of his lorry at the Hook of Holland last August.  This driver is in his 20s and from the Midlands area of the country.

The on-going investigation in the Netherlands involves looking at the role of Irish criminals in the illegal trafficking of individuals to several European countries. Also, according to Europol, children are regularly being trafficked from Nigeria to Ireland.

People who are trafficked are not immigrants and are not asylum seekers.  They are victims of serious crime, and need to be seen, recognised, and supported out of the situation in which they find themselves. We all have a responsibility in this.

A few days ago, I met with Kevin Hyland, who served as the UK’s first Independent Anti-Slavery commissioner from 2014 to 2018. For 30 years a member of the Metropolitan Police Force, Kevin now lives in Limerick and is the Irish representative to the Council of Europe Independent Group of Experts for Trafficking.

What he told me was shocking.

Last year alone saw 64 confirmed cases of modern slavery in Ireland, including 27 cases of sexual exploitation, 35 cases of forced labour, 2 cases of forced criminality and 4 cases involving children. And these numbers are a significant underestimation of the true extent of this abuse in Ireland.

But no convictions have been made, and for this reason, over the past 2 years, Ireland has been downgraded to what is described as a Tier 2 Status in the international assessment of human rights protections by the US State Department.

It is worth noting that any further downgrading and our coveted pre-clearance status for those travelling to the US would be seriously at risk. But that aspect is an aside.

I raised the issue in the Dáil on Tuesday evening, along with my colleague Jim O Callaghan, to ask the Minister what measures Ireland will immediately implement to take the scourge of human trafficking seriously.  The treatment of human trafficking victims in Ireland clearly falls well short of humanitarian protection measures as described in the legal instruments of the UN , EU and Council of Europe.

Yes, we brought out a report - Global Ireland: Ireland’s Foreign Policy for a Changing World, and it contains a commitment to combat and prevent human trafficking.  And we also amended the law in 2013.

But the policy is failing dismally if not one conviction has been obtained since then, not one prosecution was initiated in 2018, and there are obvious chronic deficiencies in victim identification, referral, and assistance.

The abhorrent crime of modern slavery is going on right under our noses.

According to Kevin Hyland, people you encounter every day working in nail bars, in the fishing industry, in recycling plants, doing vegetable harvesting, or washing your car may be the victims of exploitation.

When many of these victims arrive here first, they do not realise themselves they have been trafficked.  They have a promise of a job and accommodation. They are then put to work long hours for minimum wage. By the time their recruitment expenses, travel expenses and ongoing accommodation expenses are deducted from their wages, they are left with practically nothing.

They are housed in severely cramped conditions, in some cases 15 or 20 people living in one small house.  There have been cases where men in the fishing industry are expected to sleep on the boats with no heating, and then they don’t get paid if the vessel cannot go out to sea.

Currently, when a young woman trafficked for sexual exploitation - often raped, beaten or threatened - bravely steps out of the shadows of her living hell, she is provided accommodation in direct provision, where she is extremely vulnerable and often exploited all over again.

Human trafficking must not be confused with immigration.  These people are victims of a 150-billion-dollar industry and that is why a direct provision centre is not a place of comfort for them.  They need refuge and care. Nurses, Gardaí and first responders need to be trained to recognise the entrapment of human beings and assist in bringing the perpetrators to justice.

This is not a party-political issue. We all have a part to play – business, civil society, government services - to ensure that what we saw in Essex does not happen again.

Focusing on closing borders will only drive people into the hands of criminal gangs and force them to take ever more dangerous routes. Instead we need to develop a new strategy against human trafficking, review the criminal justice response, implement a national referral mechanism centred on victim care, and appoint a rapporteur for Ireland - to work across government, criminal justice, civil society and the private sector to assist in the development and delivery of the strategy.