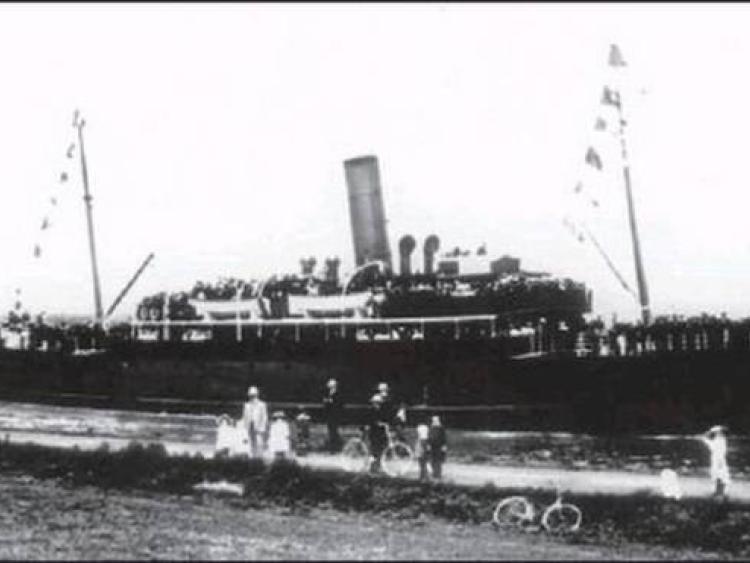 The ship's bell of the SS Dundalk has been raised by divers and will make its way home to Dundalk.

The bell was recovered by a dive team from the Isle of Man led by husband and wife team Steve Cowley and Michelle Haywood.

Steve was part of the 2009 expedition along with a team from Dundalk Sub-Aqua when they recovered some portholes from the wreckage and presented them to the County museum in Dundalk.

The SS Dundalk which lies in 60 meters of water was attacked on 14th October 1918 by a German U-boat during her return trip from Liverpool. Twenty one people were lost in the sinking and twelve survived. Most of those on board were local to the Dundalk area. The 101st Anniversary was commemorated recently.

They have also recovered a 'wash basin’ from one of the cabins, which is in near perfect condition.

The basin had to undergo a preservation process which takes a number of weeks and still has some weeks to go  before it's ready to be displayed.

Steve and Michelle have confirmed to us that the rightful place for the bell and the basin is back home in Dundalk.

Arrangements will be made in the coming weeks to travel to the town and present them to the museum, where it is  hoped they will take pride of place along with the artefacts retrieved in 2009.

Committee members, most of whom are relatives of the crew of the SS Dundalk are delighted with the news; “it’s like closure”,  "a home coming", "it’s just unbelievable” were just some of the reactions to the news.