Dundalk bookshop leading the fightback amid the digital gloom 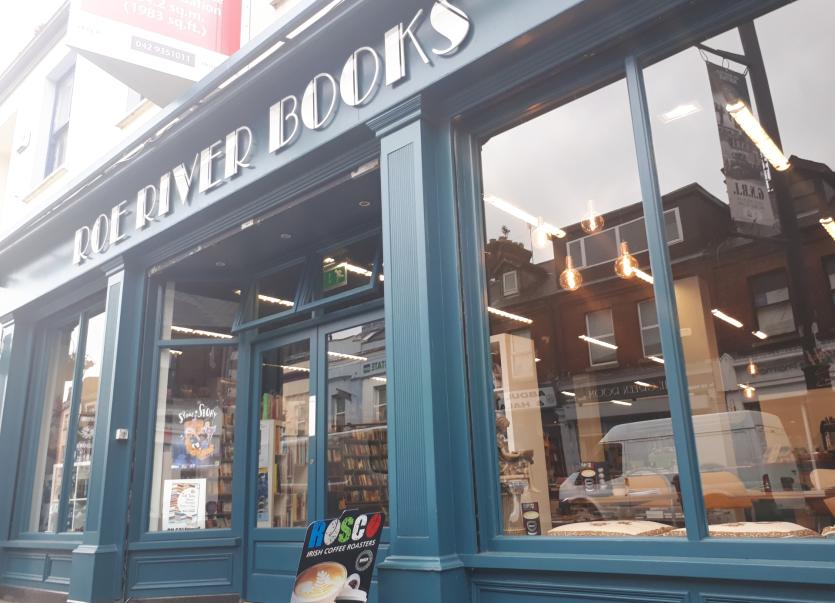 Tom Muckian is beavering away in the back office at Roe River Books on Park Street in the heart of Dundalk’s town centre. It’s a rain-flecked, but sunny, Thursday afternoon. He’s busy putting together important school books orders.

Although the term is just finished, it is among the busiest times of the year right now, ahead of the start of the new school term in September.

Tom appears from the back of the shop, with glasses perched on top of his head, wearing a black T-shirt and jeans - for all the world looking like one of those tech start-up types - heaven forbid! He admits, though, that school books keep the doors open to a large extent.

The store was, in a previous life, home to a video/DVD rental shop called Planet. Now it has floor-to -ceiling shelves lined with books. While the DVD and video market has gone the way of the dinosaurs, the fortunes of book shops have, if not improved, at least stoically held fast as the digital age dawned. 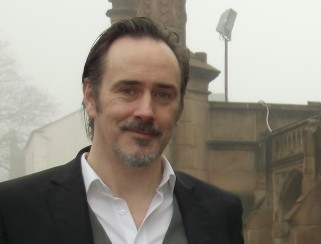 A quick glance across the titles on the shelves runs the full gamut, from science fiction to healthy eating, with a decent chunk of local history too. It's clear that all tastes are catered for at the Park Street book shop.

But, again, it's the school books that keep the lights on ultimately.

Although conscious of an impending delivery he has to make to Bay Estate, Tom takes some time out to speak about the greater problems impacting, not just independent book shops, but local retail as a whole. The ugly head of Amazon pops up more than once during the conversation.

Adjusting his glasses, Tom recounts warning friends many years back that, while Amazon started out as an online bookseller, they would, in time, take over all sectors of retail and contribute heavily to squeezing most 'bricks and mortar' shops out of existence.

A wind chime, which acts as a bell of sorts at the front of the shop, rings and two teenagers pop in. They head for the science fiction section and thumb through a couple of books. Their appearance should not be a surprise, but even Tom admits that the advent of Twitter and short, sharp digital communication has led to a lack of deeper understanding of how things really work among younger generations.

But there are, as he calls it, a "hardcore" section of book readers - thankfully young, as well as old - who “understand the world through reading” and enjoy the tactile nature of an actual book.

But back to the macro picture, and the plight of bookshops and high street retail in general. In an unexpected aside, he says that the current President of the United States at least understands the idea that major global digital tech firms are bad for traditional business - Amazon being the elephant in the room here, of course. A Trump fan in a book shop? Well, not exactly.

The short term, quicker-gain philosophy of some shoppers is another obstacle, Tom laments.

Heading to Newry may seem like a financially sensible idea on an individual basis, but collectively it will ultimately contribute to the closure of high street stores across the border area, and then, as Tom posits, where do the children of these same shoppers go to find jobs when the town is 'closed for business' and the commute to find jobs in Dublin grows bigger? Tom is passionate about his business. "It's a vocation really," he says.

It's also clear that if you want to make money, don’t open a book shop.

Still, Roe River Books moved from a smaller premises just down the street to its new, slightly bigger one, in May 2018. So there must be, at the very least, an increased demand for books?

By his own reckoning, Tom believes it was book shops that took the first hit when the online retail boom kicked-off in the early-2000s - the impact was huge and the industry struggled to stabilise. There were casualties. However, as the reach of the retail digital monster increased, all other sectors on the high street have fallen in due course. But, the way Tom sees it, book shops learned early and have managed to hold on to their diminished niche admirably as the onslaught continues.

It hasn't been the same story in other retails sectors.

But, even still, the news earlier this month that a hedge-fund has bought probably the biggest book chain in the world - Barnes & Noble - means the future is far from secure for even the biggest of boys either.

Tom checks his watch, apologises for having to leave mid-conversation, but takes my number and says he'll buzz me back later, at a quieter time.

As I head for the door I spy a book I’ve been looking for for a number of years now - A Very Private Gentleman by Martin Booth. And then another one - Paper Cuts, by Colin Bateman, about the trials and tribulations of a small town newspaper in Northern Ireland. How very apt. I make a mental note to return and pick them up, once payday comes back around.

There’s still life in paper yet.