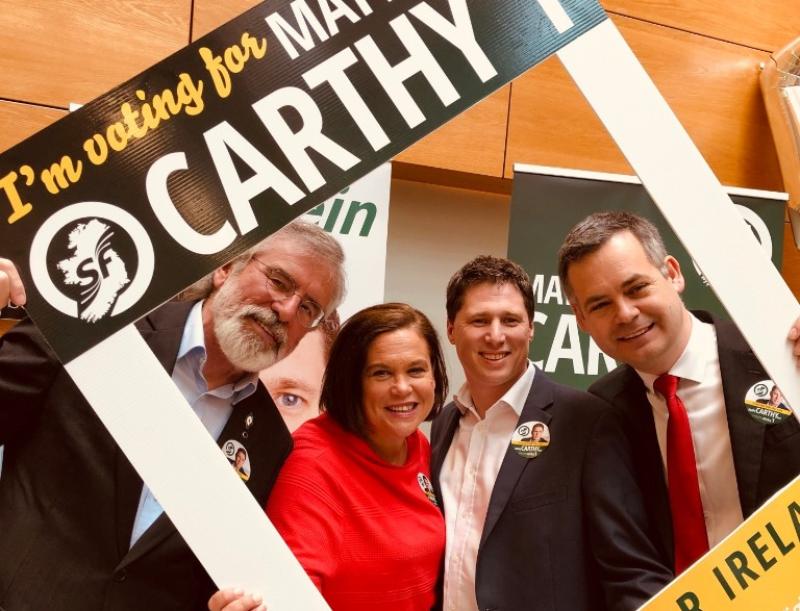 After a fraught number of days, Carrickmacross man Matt Carthy retained his seat in the Midlands North West constituency in the European Elections last night.  The Monaghan man’s victory was a beacon of light in an otherwise very dark week for Sinn Fein on the European scene. Their former poll topper Lynn Boylan lost her seat in Dublin and in Ireland South Liadha Ni Riada looks uncertain to hold on to her seat.

Carthy was deemed elected on the 13th count in Castlebar on 98,732 along with Maria Walsh from Fine Gael on 107,198.  Neither had reached the quota of 118,986. Also elected was Luke Ming Flanagan on 121,824. The poll topper was Ardee woman Mairead McGuinness who secured a whopping 134,630 first preferences, 22.6% of the first preference vote.