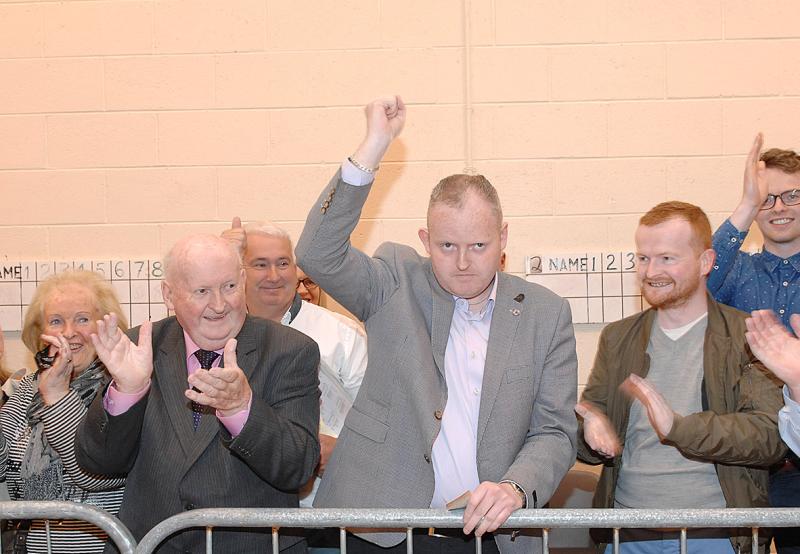 “It's been a somewhat overwhelming, slightly emotional experience”, said Fianna Fáil's Conor Keelan, following his election to Dundalk-Carlingford in the sixth count on Sunday.

Speaking to the Dundalk Democrat at the Count in the Redeemer Resource centre in Dundalk, Cllr Keelan said:

“This is my third election, I've an increased mandate from five years ago, I'm extremely happy with that performance. I've increased my vote in many boxes and also on the tally, I've also retained it or consolidated it in others.

“I will have to fully analyse that and number crunch it but I am very happy. I'd like to express my support to people in the rural and urban boxes across the local electoral area.

Referring to the Fianna Fáil achievement of winning three seats in Dundalk-Carlingford, Cllr Keelan pointed to the work done by the party in the area.

“The fact that we have delivered three seats to the party in the area, I'm quite happy with that. I don't think that anyone predicted that at the start of the campaign.

“It's testament to the fact that all three candidates were working very hard in their own campaigns to deliver the three seats and we have, to an extent, benefited from the upswing in the Fianna Fáil vote.

“We have also to an extent bucked a national trend here to pull off three seats as well, which is some thing I think, certainly worthy of comment,” Cllr Keelan concluded.