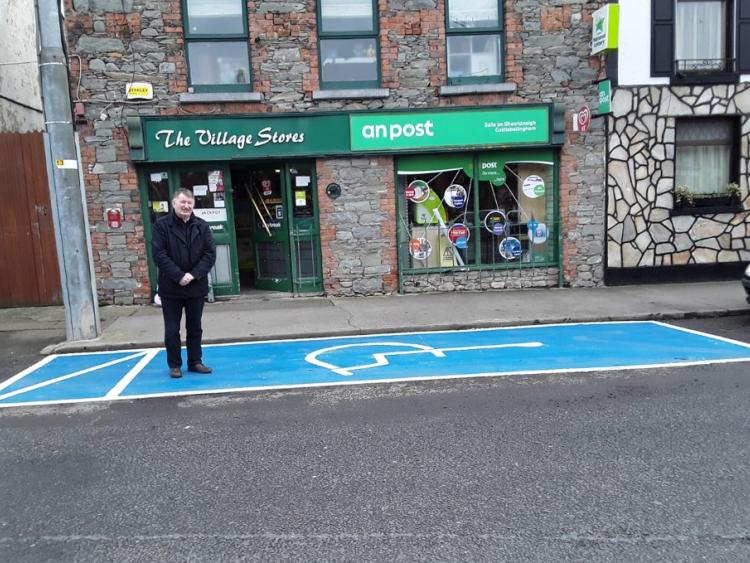 Sinn Féin Councillor Pearse McGeough has said he is pleased with the reinstatement of the disabled bay outside the Post Office in Castlebellingham.

Cllr McGeough said: “the one that was there originally had been tarmacked over when the road was done and it was badly missed by a number of people with a disability who frequented the Post Office and couldn’t get parked outside it.

"For some it meant driving around until a space became free or even having to drive on home and try again at a later time. It was very inconvenient.”

He added, “I asked for the disabled bay to be reinstated and am pleased with the results. They came this morning and got the job done to everyone’s satisfaction.”