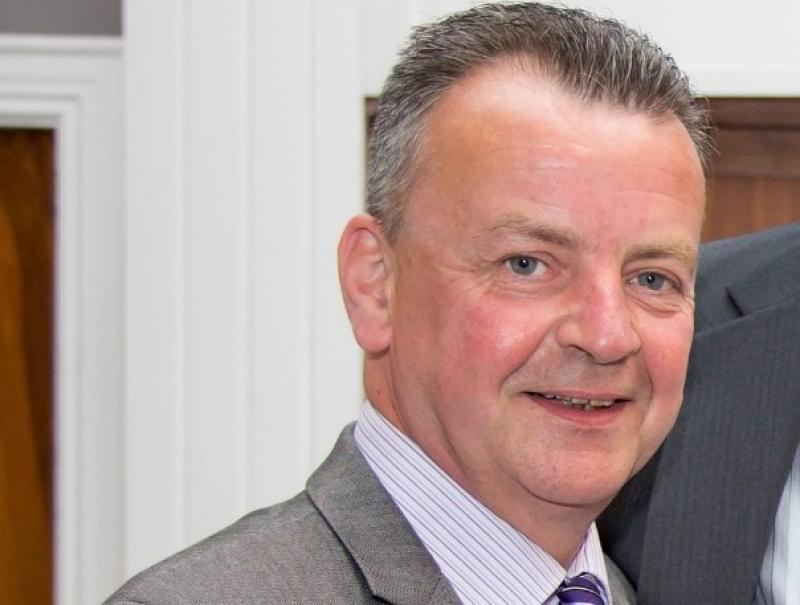 Brendan Neacy, who died suddenly on the first day of the year, was a member of a well known family who resided on the Dublin Road, Haggardstown and was known for his sunny and friendly disposition.

He had a word and a smile for anybody he met, and was a gifted musician and could turn his hand to do anything about the house.

He set up home in Dundalk after his marriage to Olivia McKey, and they had three children, sons, Conor and Niall, but sadly daughter Siobhan died shortly after birth.

The couple for the first few years lived in Muirhevnamor, and then Greenacres, before moving their family to Chapel Street.

Brendan started his work career in the former S&S corrugated engineering plant on the Ardee Road in town, serving his time as a fitter.

He worked in various jobs after that including Key Tronic and National Pen along with Xerox and Moffett Engineering in town, and also Norbrook Laboratories in Newry.

He then changed direction and qualified as a bus driver and joined CIE and spent the last ten years of his working life driving for the company. He was extremely well known and for his jovial nature.

He was one of three sons of the late Paddy and Kathleen (Cassie) Neacy, who also had three daughters.

The family lived close to the Fairways Hotel and were well known with father Paddy a member of the security staff of PJ Carrolls.

They were a talented family, being shown a love of music and dancing which they put to good use in winning return holidays to Butlins/Mosney, where they went on summer holiday.

His parents and Brendan and his siblings experienced the heartache of losing two of their closest kin.
Sister Caroline at only 16 was fatally injured in a road accident close to her home, and brother Gerry also died relatively young.

Brendan was a versatile musician who could play several instruments, but his favourite was the guitar.

He displayed his talent, playing in the Redemptorist Church folk group, and with a folk group in Cuan Mhuire in Newry.

He sang and played the guitar at the wedding ceremony of his son, Niall and his new wife Michelle two and a half years ago.

Vintage cars were another big love of Brendan's.

He was the proud owner of three Fiat X19 models, and enjoyed refurbishing and lovingly restoring cars, and exhibiting them at shows which he enjoyed attending.

He liked to buy old cars, fix and sell them.

He had hands that nothing was beyond his capability, from building a wall or a shed; and he loved having his young grandchildren by his side doing these different jobs.

He travelled all round Ireland and Europe with his family in the family camper van.

He loved walking his dog, which gave him the opportunity to meet up and chat with people.

He was also an avid reader, who read all manner of reading material, and was very informed and up to date on current news, economic and social affairs.

He reposed at the residence of his son Conor at Springfield Manor, Red Barns Road before being taken on Saturday morning to Saint Fursey's Church, Haggardstown for Funeral Mass followed by burial in the adjoining Cemetery

Wife Olivia and grandchildren Aaron and Emily brought gifts to the altar that symbolised his life. These included his guitar, a model camper van and a small hi-vis jacket inscribed with the words “Granda’s Little Helpers.”

These signified his love of music, and holidaying by camper van and carrying out odd jobs about the home with his grandchildren.

The Readings were given by his brother, David and friend, Neil Martin, while the Prayers of the Faithful were led by family friends, Brendan Murphy and Méabh Nic an tSaoir.

The Offertory gifts were taken up by daughters-in-law, Laura and Michelle.

The beautiful music was provided by Olivia Finnegan on the organ and singer Roisin Crawley.

Sons Conor and Niall respectively shared a reflection after communion and recited the serenity prayer.