The 'Night of the Big Wind' in Dundalk 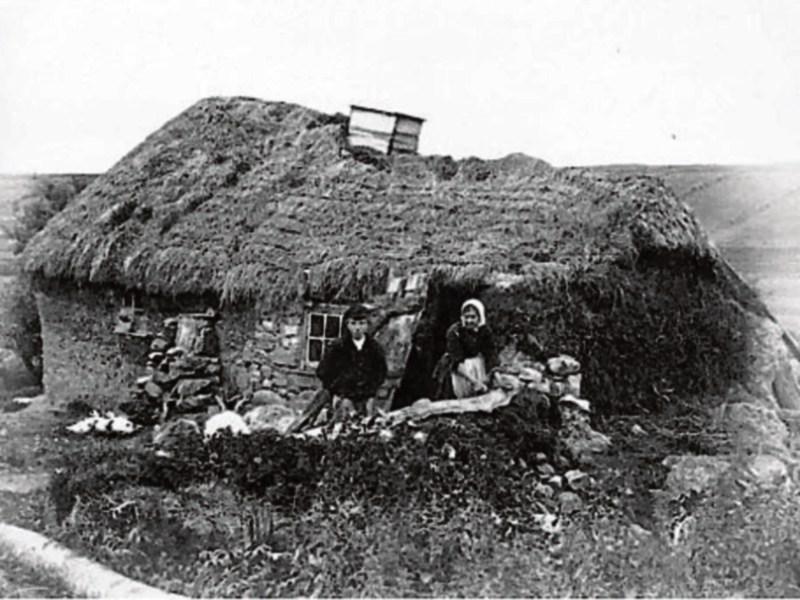 Weather has been one of the most consistent topics of discussion in Dundalk as long as I can remember but these days I suspect that much of this is carried out between friends in texting on their I phones or similar electronic equipment.

Weather forecasting has become a very complicated business, with contrasting long-range forecasting now being normal, but that does not stop people remarking on unusual conditions.

Everybody I have spoken to recently seems think that the conditions in these parts over the Christmas period has been the mildest in their memories.

Whether or not it has anything to do with it or not, I am not entirely sure, but it is true that the barometric pressure over Dundalk for that past month or so has been extremely high for the time of year!

Atmospheric pressure, in simple terms the weight of the air pressing down on everybody, is a difficult enough concept but it does effect everybody in one way or the other and it is true that this pressure has been at an exceptionally high level for a month or so.

All of which has reminded me that last week, on the Feast of the Epiphany January 6, was the 180 anniversary of the what is known as 'Oidhche na Gaoith Mór', or the Night of the Big Wind, when a hurricane of immense force roared over the island of Ireland, causing death and destruction on a scale that has never been seen since.

Whether or not this was a precursor of the Great Famine, the greatest disaster that ever struck the country which came within the next ten years, is a matter for debate.

It is true that the Night of the Big Wind killed many able bodied young people, destroyed many homes, practically destroyed our fishing industry and did serious damage to agriculture.

One of the most notable features of the storm was that it uprooted millions of mature tress which must have transformed the landscape for many years to come!

The storm did not do as much damage in and around Dundalk as was reported in other parts of the country but still must have been a frightening experience for the inhabitants of the Town.

Reports of the time say that the hurricane was preceded by strange weather conditions.

Firstly there seems to have been a period of exceptionally mild weather and then, on the day before the storm, there was an unexpected heavy fall of snow which was followed by a sudden rise in temperature before the hurricane roared in from the Atlantic Ocean.

A report in Padraic ua Dubhthaigh's 'Book of Dundalk' states ---

'The hurricane came on the morning of 6th January between three and four o'clock but, from 10.30 on the previous night, there had been a violent storm, increasing in intensity as the night passed.

In Dundalk chimney stacks came tumbling down, one of them collapsing on the Postmaster and his assistant while waiting anxiously for the Mail Car, while the streets were littered with debris of all kinds.'

The incident relating Postmaster happened at Roden Place where the Post Office was located at the time. The building was wrecked but the two men escaped without serious injury although they had to scramble out of the debris of a collapsed stairway.

There are no reports of anybody in the area being killed but many lost their homes, as thatched roofs were set on fire and there was no fire service to put them out.

This latter part of the story surprised me as I could not understand how a high wind could start at fire but then, quite recently, I got the explanation when I attended a lecture at the Famine Village in County Donegal.

The speaker said that the houses in this village had been burned when the low pressure which caused the storm sucked the ashes from the fires up the chimneys and the sparks had rained down on the thatched roofs, setting them alight!

It was the custom in those days to leave the turf fire smouldering all night to make it easier to start the hearth fires in the morning. He also mentioned that the hurricane had wrecked the fishing boats which had prevented them from catching fish to eat during the Famine years.

The Night of the Big Wind had another effect in the Dundalk area sixty years later when the first old age pensioners were applying for their allowances.

Very few people over the age of 70 were able to provide Birth Certificates to prove their age, so it was decided that the test would be that they could give an accurate account of the great storm in January 1839.

It strikes me that this scheme might not have been particularly fair as a lot might depend on a person's education and their ability as a 'story teller' but it certainly did make a great difference to the income of many homes in Dundalk at the time and old people were more welcome in homes with large families!