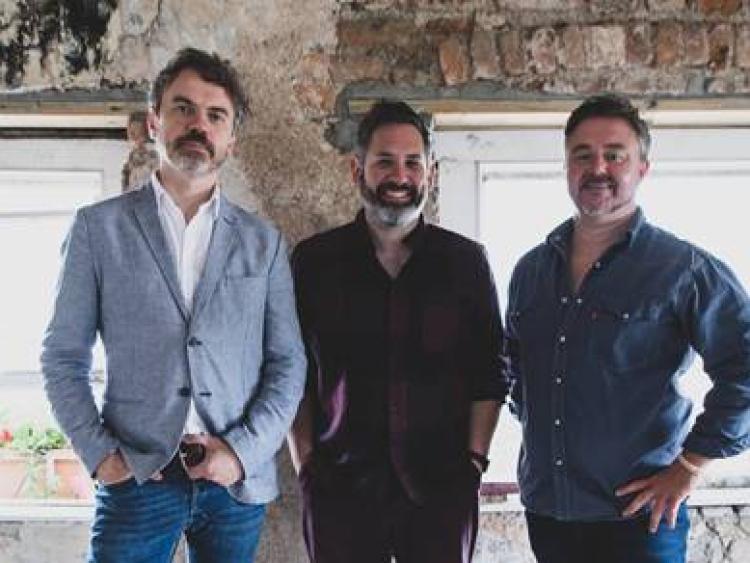 Louth contemporary folk favourites Kern, return to The Spirit Store this Friday 14 September for a headline show in the upstairs room.

Having won this year’s TradFest Temple Bar Showcase, the band are fresh from high-profile appearances at Fleadh Ceoil na hÉireann  and Fleadh TV and a US trip to play shows at the enormous Milwaukee Irish Fest.

The band’s live set includes tracks from their album, the critically-acclaimed False Deceiver, which was produced by Trevor Hutchinson (Lúnasa, The Waterboys) and has received widespread radio and press.

The band comprises champion fiddler Barry Kieran, uilleann-piper Brendan McCreanor (who has played extensively in many genres) and singer/songwriter/guitarist SJ McArdle, all three men well-known in their respective fields.

As a band they have toured very extensively over the past couple of years, honing a thrilling live show which is at once lyrical and visceral.

Some of the praise for Kern's album, False Deceiver:

"Outstanding … an intriguing release. Those interested in trad music that crosses over into singer/songwriter territory will find this album particularly attractive, but its accessibility will have easy appeal to general audiences"
- Irish Echo

"The band's dashing blend of traditional folk and contemporary songwriting is brilliantly captured on its debut CD, False Deceiver ... Steeped in the tradition yet boasting a contemporary poetic sensibility, it will be a surprise if Kern doesn’t go on to bigger and better things"
- The Thin Air

"False Deceiver remains lively and full of musical life to the very end. This album never wavers in its musical flair. It succeeds in combining all three members’ diverse traditions in a very contemporary way"
- Irish Music Magazine