'Many years before call of peregrines returns to Cooley mountains' 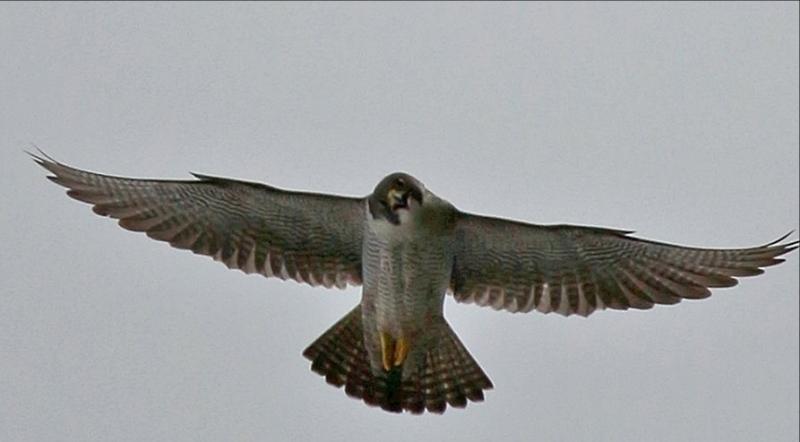 A peregrine falcon captured in flight by Derek Watters

Local bird watcher Derek Watters has penned an emotional piece about the recent killings of peregrine falcons on the Cooley Mountains.

Last week The Democrat reported that three eggs and two dead adult falcons were recovered by the National Parks and Wildlife Service (NPWS) staff from a nest site.

In a Facebook post over the weekend, Derek Watters said that "it may be many more years before the calls of the peregrine return to the skies above the Cooley Mountains." 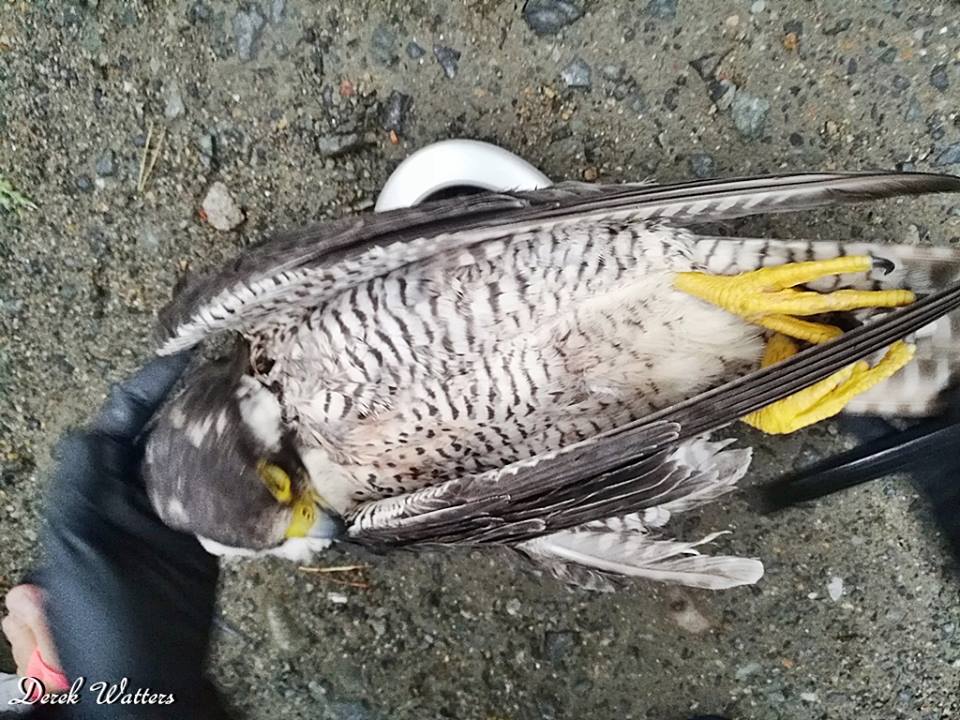 "For the past three years these birds have been a big part of my life. Almost every day during the breeding season, I hiked to the nesting area to ensure all was well and to study, observe and learn. Today I should be watching five of these remarkable and amazing birds, as the adults train the juveniles to develop into one of natures supreme predators. But unfortunately not.

"Peregrines are truly magnificant birds; the fastest animal ever to have graced our planet, capable of speeds of up to 110km per hour in level flight. But it is in their pursuit of prey, when they dive from great heights, that presents one of natures greatest moments; an experience once seen never to be forgotten. They regularly reach speeds of 300km/h and various experiments have shown a maximum speed of 389km/h in a dive. Just think about that for a moment. Over three times the motorway speed limit.

"As a bird watcher from the age of four, this was the iconic species I longed to see. However, apart from distant views along Dundalk Bay in the winter months, my only encounters with these magnificant creatures were on my walks through other mountain ranges across Ireland. Despite ongoing persecution, over the last few decades peregrines have recovered from the brink of extinction in Ireland. However despite some suitable habitat, since 2005 there were no established territories in The Cooley Mountains.

"In the spring of 2016 I was overjoyed to see a pair establish a new territory in The Cooley Mountains. Their iconic calls echoed through the hills as courtship aerial displays took place in the skies above. Egg laying took place quite late in 2016, but their efforts were unsuccessful.

"During the winter months the birds disperse to the coast, where they feed on the large number of waders which come to our shores from further north.

"Would they return in 2017? I waited patiently through the spring until one fine day, there they were. 2017 saw two chicks sucessfully fledge the nest, though one disappeared (presumed dead) less than a week after fledging. This was the first successful breeding of peregrines in The Cooley Mountains in living memory and a great success story.

"The long hard winter of 2018 delayed their return. But return they did and yet again their calls added to the wildness and beauty of The Cooley Mountains. Bearing in mind that with investigations ongoing by the NPWS and An Garda Siochana, I cannot go into all the details, but I became worried when things became very quiet at the nest site. It is normal for things to quieten down during the incubation stage but the silence I encountered felt unusual.

"I contacted the National Parks & Wildlife Service conservation ranger for the area and again without detailing the events that unfolded, we later discovered two dead adults and three eggs at the nest. I cannot describe how sickening this felt. It was one of the few dull days of this summer; after weeks of sunshine, rain and clouds descended on us, enclosing the hills in a grey gloom that befitted the occasion.

"The question is where do we go from here? I've watched White Tailed Sea Eagles in Kerry and Golden Eagles in the Donegal Mountains. They add so much to these remote, wild and beautiful locations. As indeed did the peregrines in Cooley.

"Unfortunately they are very vocal near the nest and thus draw attention to themselves, so despite the remoteness of the location and the secrecy that surrounds them, word does filter out to those who wish to cause harm. While hopefully those involved will be arrested and charged, finding ways on how we reduce or eliminate the chances of this happening again far outweigh the who-did-it discussion.

"Education is one key factor. Public opinion is also important. We all see the public outcry on social media towards those who kill lions and other endangered species. Yet here we have the killing of two peregrines incubating three eggs right on our doorstep. It may be many more years before the calls of the peregrine return to the skies above The Cooley Mountains."