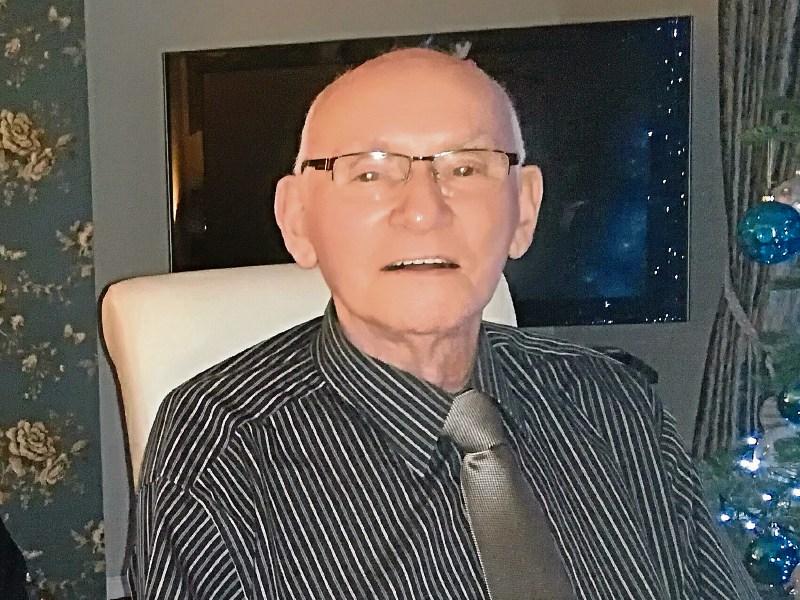 Paddy Cheshire, who died recently, was a noted Gaelic footballer during a golden era for the game in Louth.

He played his part in the ‘Wee County’s’ last All-Ireland-winning campaign of 1957. However, above all else Paddy was a great family man, proud of Louth, Dundalk and his roots in the Quay area, having been born in Quay Street and reared on the Point Road. He passed away in Our Lady of Lourdes Hospital on May 28, 2018, his loving family at his side.

Paddy was born on March 11, 1937, a son of Paddy and Rose Cheshire. They also had two other sons, John (RIP) and John Junior (RIP), and two daughters, Marie (RIP) and Rosemary.

He grew up running, swimming, fishing and playing football along the Navvy Bank.

When Paddy left school at 14 he went to work in Halliday’s shoe factory in Quay Street, which was later to become Clark’s Shoes, and a place where many of his family worked. He was actively involved in the trade union movement.

Paddy was married to Monica (nee Brennan) for 54 years. They had two daughters, Mary and Carol and three sons, Pat, Brian and Paul.

The lived first in Culhane Street and returned to Paddy’s roots to raise their family on the Point Road. Paddy enjoyed the company of and was a proud grandfather of his 14 grandchildren.

He always put family first in everything he did. Nothing was too much trouble and he was always on hand to give advice and assistance. Paddy had a passionate interest in sport throughout his life. There was no sport he did not follow and he was known to tune into BBC Radio 4 to listen live to cricket, even if it was a five day test match coming from Australia in the middle of the night!

A formidable Gaelic football player, he first lined out with the Con Colberts with whom he reached the county minor final, only to miss the big game as a result of a ban received for playing soccer in a local factory league. He then joined the Gaels, operating alongside his life-long friend Bertie Dullaghan. He represented Louth and won a Leinster Senior Championship medal in 1957, playing in the first match of that campaign against Carlow.

As his son Pat recounted during the eulogy he gave at the funeral Mass in Saint Joseph’s Redemptorist Church, ‘he would not have been described as a gentle player, I think robust is a more appropriate term that could be used. The ball was there to be won and won it was.’ He was a valued member of the Sean O’Mahony’s club and was an integral member of the committee as they developed a pitch and clubrooms on the Navvy Bank.

Paddy took charge of various teams and was a key part of the management when the O’Mahony’s won their first intermediate football championship in 1992.

Later, he was so proud when in 2016 the Sean’s took home the Joe Ward Cup for the first time as winners of the Senior Championship.

Paddy was also a proud recipient of an outstanding service award from the club, presented to him by the President of the GAA.

In earlier years he was involved in athletics, becoming chairman of Dundealgan AC where he was well respected and made many friends.

He enjoyed too ballroom dancing with Monica and was a regular at local venues. A pioneer all his life, he loved socialising, while gardening and growing vegetables were other big interests.