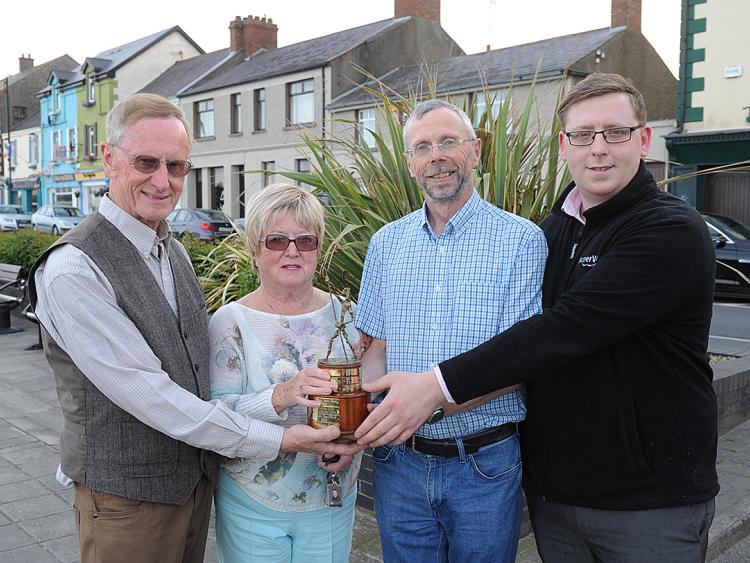 The 2018 Blackrock Tidy Towns Raft Race will take place this coming Sunday June 17th, with no shortage of family fun to be had by the sea for all in attendance.

The event was launched last week with Chairman John Horgan detailing the extensive programme of events for the day, including - of course - the exhilarating raft race at 2.30pm.

Music lovers will enjoy what is on offer on the promenade with Dundalk Brass Band and the New Orleans-style Dixieland Jazz Band both performing.

Down on the beach, there will also be the sandcastle competition, junior Poc Fada and the Schools Talent Competition, featuring The Reynolds Academy of Performing Arts, to entertain the crowds throughout the afternoon.

Patrons can also look forward to favourites such as the raffle, face painting and amusements as usual once again this year. The event is kindly supported by Louth County Council and individual attractions are sponsored by a host of businesses including Blackrock Credit Union, Glam Rock, Tiernan’s Centra Blackrock and The Windsor Bar & Restaurant.

Every year, around 30 rafts enter the annual Raft Race  competition but even more have signed up to take part this time around - meaning it will be  more competitive than ever.

Last year, a team from the Geraldines GFC won the Raft Race competition, ahead of Blackrock Park and the  Little Oaks Pre-School while a special award was given to  Uncle Tom’s Cabin.

The Blackrock Raft Race first began in 1996 and is now in its 23rd year. 13 different businesses, organisations, groups or clubs have won the event. The Village Garden emerged victorious in 2016 while Seatown’s Mens Shed won in 2015 and Smyth’s Life Pharmacy won the event four years ago.

For even more information about the day and other local happenings, you can log onto the Blackrock website at http://www.blackrockvillage.ie.