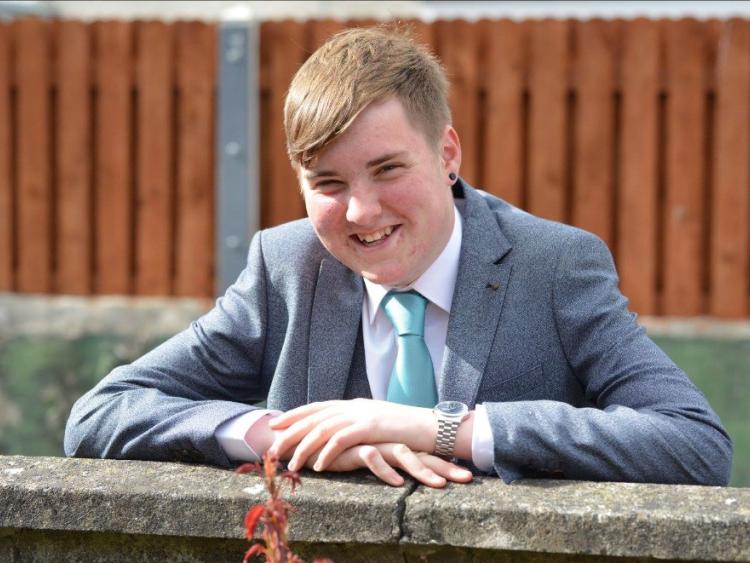 Dunleer teenager Cameron Reilly was laid to rest in his home town on Monday afternoon, as Gardai continue to probe the circumstances surrounding his death last weekend.

The 18-year-old was found in a field at Shamrock Hill adjacent to the Ardee Road in Dunleer shortly after 8am on Saturday May 26th. A post mortem revealed that he was badly beaten and strangled.

Gardai investigating his death continue to search for his mobile phone, missing since the DkIT student’s body was discovered. They believe it will hold keys to what exactly happened that night.

On Friday, a reservoir nearby to where Cameron was found was drained in the search for the iPhone 8 Plus device.

Troops from 6th Infantry Battalion Athlone and local fire services assisted with the search. A number of local teenagers have been questioned as part of the investigation and it is believed investigators are piecing together a clearer picture of what may have occured that night. They have also homed in on a potential motive in the murder.

According to sources close to the probe, arrests are likely to be made within the week.
Cameron's funeral took place on Monday afternoon in Saint Brigid’s Church, Dunleer.

Parish priest Fr Michael Murtagh told the congretion that if answers as to what happened on Saturday May 26th lay in the community, people with information should present it.

“Anybody who knows anything, please please come forward,” he said. “The Gardai enjoy the complete respect of the whole community here in Dunleer. Please come forward, even with the remotest piece of information.”

Cameron’s funeral was attended by parents Tracy and Patrick and grandparents Rita and Joe Glass, as well as friends, extended family, school and college classmates and community members.

Fr Murtagh also asked the young people in the community to reflect on the tragedy that befell Cameron and learn from it.

“This community is suffering with you,” Fr Murtagh said during the funeral mass, addressing Cameron's family. “The whole parish community has been shocked, stunned and deeply saddened. This is unprecedented.

“We have never had to deal with this before. We wil try to shoulder the burden with you in the days and months ahead. Today, Dunleer weeps.”

The priest spoke of the “profound love” people had for Cameron. “Your loss is shared by so many people. The manner of his death is so strange and unworthy. I don't think he would ever cause a moments trouble, or even a moments concern for his family.

“He was a young man any family or community would be proud. Death very rarely comes as shockingly, cruelly and poignantly as it did to Cameron,” he continued. Cameron was laid to rest at Mullary cemetery in Dunleer after the mass.