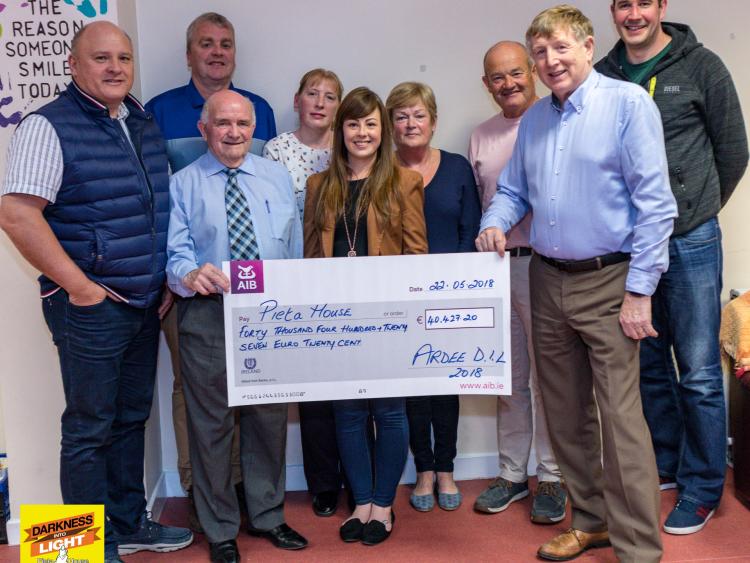 The proceeds of the first ever Darkness Into Light run held in Ardee have amounted to over €40,000 - all of which is going towards suicide prevention charity Pieta House.

On Wednesday last, committee members from the Ardee organising committee convened in the Dee Hub on Market Street to officially reveal that a grand total of €40, 427.20 had been raised in Ardee alone this year.

They made a presentation to Brian McEvoy, Fundraising and Events Co-ordinator for Pieta House.
2018 marked the first year of the event in the Mid-Louth area, joining already established events in Dundalk and Drogheda.

Huge numbers came out in force to take part and help raise money and awareness for the vital and important issue.

In total, 1,550 people took part in Ardee, pounding the streets at 4.15am for the 5km route around the town. 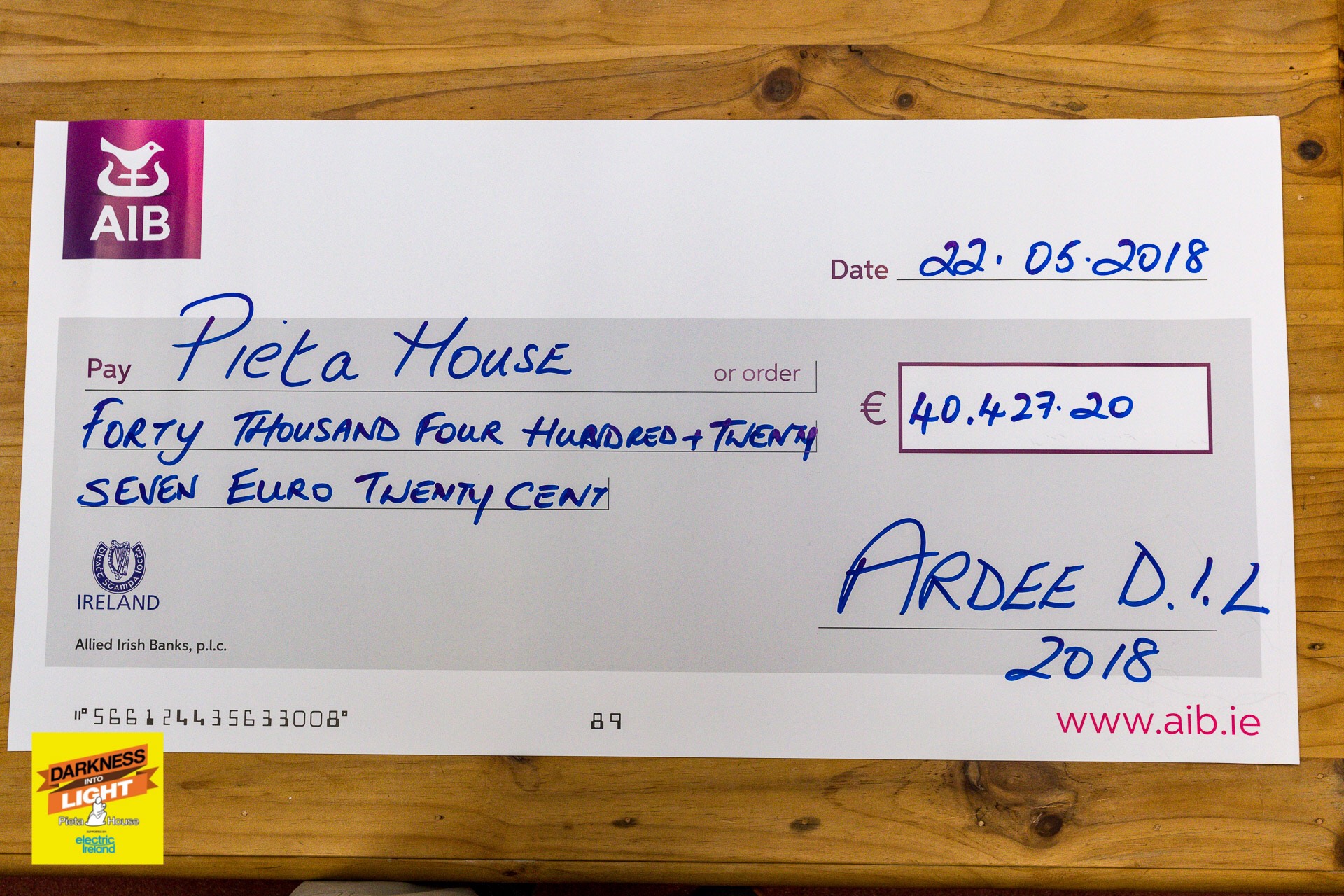 The cheque as presented to representatives from Pieta House in Ardee last week PICTURE: ADRIAN CRAWLEY

The event was a huge success, so much so that the organising committee are already looking forward to returning next year to do it all again.

Speaking to the Dundalk Democrat this week, Caroline Matthews said plans are already afoot to bring the charity event back to Ardee next year. She also confirmed the money raised will be able to provide much needed services for those who require it.

Up to 40 people could benefit from counselling sessions provided by Pieta House, with the money raised by those who took part in Ardee.

“It’s unreal. It’s brilliant. It hasn’t actually sunk in yet,” she said. “The money raised was from donations, registrations and buckets on the night.”

The committee originally thought thought between 500-800 people would participate on May 12th. “On behalf of the committee, we want to thank everyone who was involved - volunteers, walkers and everybody who donated,” Caroline said.

Darkness Into Light is a global movement against suicide. The event is held to raise awareness of issues such as suicide, self-harm, and stigma surrounding mental health issues. The early dawn represents hope and is symbolic of the work of Pieta House; bringing people from darkness back into the light.