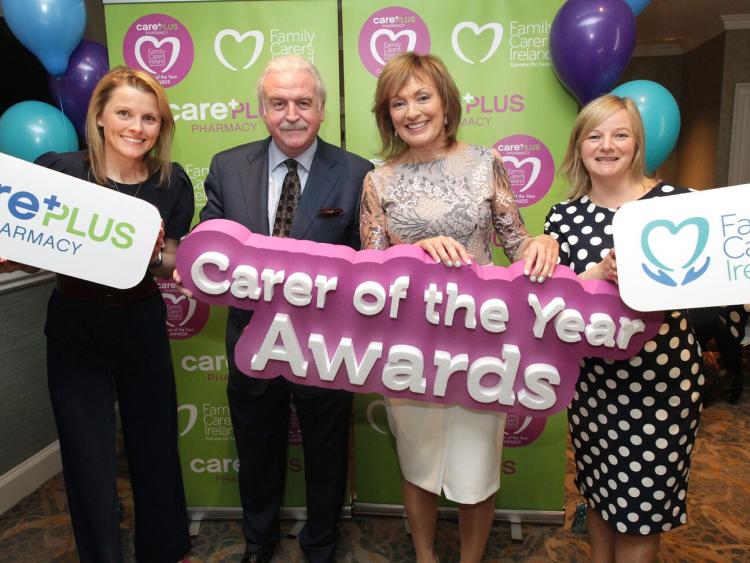 Louth nominations sought for Carer of the Year

According to Family Carers Ireland, one in twenty people in Ireland is a family carer, and there are now over 5,352 family carers in Louth saving the Government €10bn in unpaid care nationwide each year.

“Family carers across Ireland make extraordinary sacrifices and work very hard, sometimes 24 hours a day, to provide care for their loved ones, safely, in their own homes.

"With limited access to services and particularly respite, carers in Louth are over stretched and receive little acknowledgement for their unpaid work which saves the State €10bn each year.”

“Family Carers Ireland is delighted to celebrate and recognise the enormous contribution that family carers make through the CarePlus Carers of the Year Awards.

"We are encouraging people to nominate a deserving carer or young carer from Louth for one of these awards,” concluded Catherine.

Niamh Lynch, Commercial Director of CarePlus Pharmacy said “CarePlus Pharmacy is honoured to sponsor the Family Carer of the Year awards, which recognises the tireless efforts of thousands of people across the country.

"Carers are the heart of every community and meet our pharmacy owners and staff every day. We look forward to working closely with Family Carers Ireland and supporting the awards throughout our fifty community pharmacies nationwide”.

This year, the CarePlus ‘Carer of the Year’ awards form part of Family Carers Ireland’s national ‘Carers in Crisis’ campaign and will acknowledge the contribution of Family Carers throughout Ireland. The awards will highlight the sacrifices Family Carers make and the services they provide to the State.

CarePlus Pharmacy, a network of 50 franchised pharmacies, is sponsoring the event for the second year running and is now sponsoring the CarePlus Young Carers of the Year Awards 2018 which recognises the role that young people play in providing care to their loved ones at home.

Nomination forms for the Louth CarePlus ‘Carer of the Year’ are available online at www.familycarers.ie, from Family Carers Ireland resource centres, CarePlus Pharmacies or via the Freephone Careline 1800 24 07 24.

The CarePlus Carer of the Year Awards will be presented in Dublin in November.