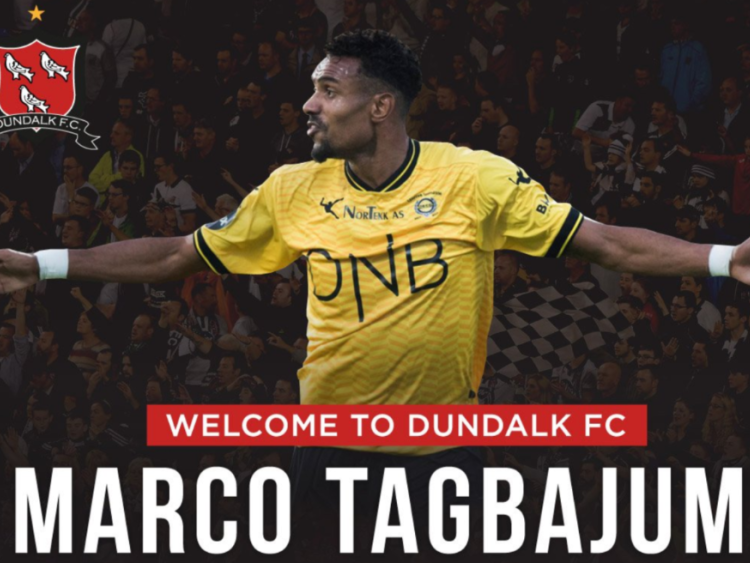 Dundalk have announced the signing of striker Marco Tagbajumi this afternoon, with the well-travelled Nigerian born striker becoming Stephen Kenny's 10th signing of the season.

The 29-year-old, who holds an Italian passport, arrives at Oriel Park having last played at Norwegian Tippeligaen side Lillestrom.

He has previously played at non-league level in England before having spells in Portugal, Cyprus, Norway and Thailand.

His most prolific spell in his career came in Cyprus where he turned out for three teams including Ermis Aradippou and AEL Limassol in the top flight.

Tagbajumi was a late substitute for Lillestrom as they beat Sarpsborg 08 in the Norwegian Cup Final in December.

He may make his Dundalk debut on Friday evening as the Lilywhites visit Tallaght to face Shamrock Rovers.