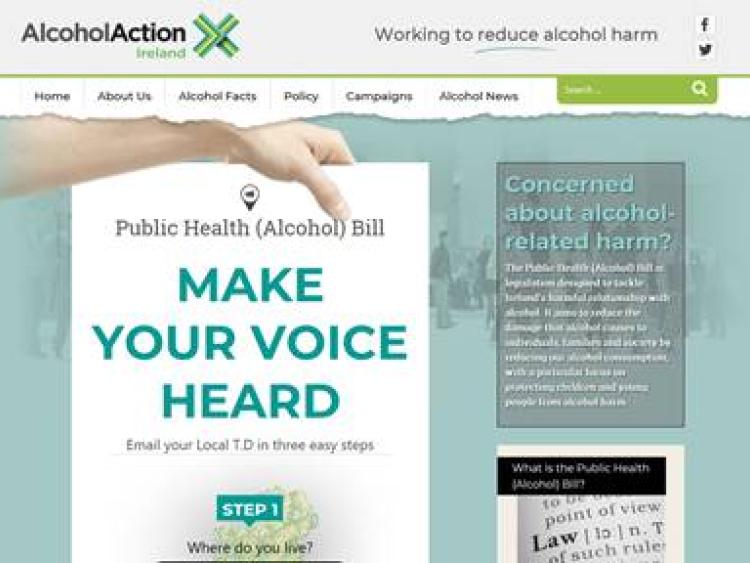 Alcohol Action Ireland released a statement during the week where it expressed its “deep disappointment” with the contribution of two Louth TD's to the Public Health Alcohol Bill.

The Dáil heard statements during the Second Stage debate on the bill last week, which has been over six years in development, and which Alcohol Action Ireland says has been “frequently delayed by industry lobbying “

According to Alcohol Action Ireland, the bill aims to “establish a modest pattern of reduction in alcohol consumption that will sustain better public health outcomes and less alcohol related harms for our children, families and communities."

In its statement, Alcohol Action Ireland had this to say about the contribution of two Louth TD's to the debate:

“In their contribution, local Deputies Declan Breathnach (FF) and Peter Fitzpatrick (FG), sought to criticise the Bill and advance the interests of the alcohol industry.

“Their contribution held little perspective, or concern, for the damage alcohol is causing within their communities; their contribution had no expression of solidarity or commitment to address the utterly avoidable crisis of our harmful relationship with alcohol.

“In fact, Deputy Fitzpatrick, remarkably suggested ‘The link between cancer and alcohol consumption is far from settled’.

“Deputy Fitzpatrick contradicts his own assessment from March 2015 (posted on the Fine Gael website) when he said:

“Alcohol consumption in Ireland has doubled in the past fifty years and as a result there are now twice the number of deaths due to cirrhosis of the liver, one in ten first admissions to psychiatric hospitals is alcohol related and alcohol is classed as a major cause of cancer, primarily breast, colon and oesophageal. Alcohol is also a factor in suicide, domestic abuse and accidents.

“Research tells us that about 80% of Irish adults consume alcohol and more than half of those are classified as harmful drinkers.  Almost 10 per cent of those who consume alcohol are dependent; this means that we live in a country where virtually every family is affected by alcohol.

“There is a groundswell of support for the Alcohol Bill, this legislation is badly needed to address the major problem that is alcohol in Irish society. Minimum Unit Pricing is the single most important aspect of this legislation as it will reduce the availability of cheap alcohol consumed by underage, young drinkers, by those who binge drink and by hazardous drinkers.”

Alcohol Action Ireland says that this year in Louth it is likely that 25 people will die from alcohol related harm.

It said that "1,400 children will commence, all too early, what the business interests like to call ‘life-time drinking’, meantime Drogheda’s Our Lady Of Lourdes Hospital, and its dedicated staff, will grapple everyday with the carnage of alcohol’s consequences in a chaotic Emergency Department and have over 10% of its beds occupied by those who are battling alcohol related illnesses."

"Over 1,100 young adults in Louth this week will contribute to the fact that Ireland has the highest rate of binge drinking in the EU, while an estimated 32,000 people will continue their harmful relationship with alcohol."

"And what did Louth representatives have to say about this crisis in our communities? Very little; little concern or interest. Deputies Breathnach and Fitzpatrick’s ‘gravest concerns’ were for the alcohol industry and sustaining its private interests."

"The consumer’s right to know, seemingly must come second to the profit demands of the alcohol industry, who seemingly are reluctant to inform customers of what is contained within its product yet has no difficulty with fulfilling the individual labelling requirements for many other countries including US exports, which must carry a health warning from the Surgeon General.

"Citizens must have to right to know; advancing public health awareness and an appreciation of what we consume, can only be achieved when consumers are accurately informed.

"What is it that alcohol producers are afraid to tell us?"

The legislative process for the Public Health Alcohol Bill commenced in Seanad Éireann in December 2015. It is anticipated, given cross party support, that the Bill may pass all stages prior to the Summer Recess 2018.

In a statement released by the National Cancer Control Programme, the facts relating to alcohol are as follows: