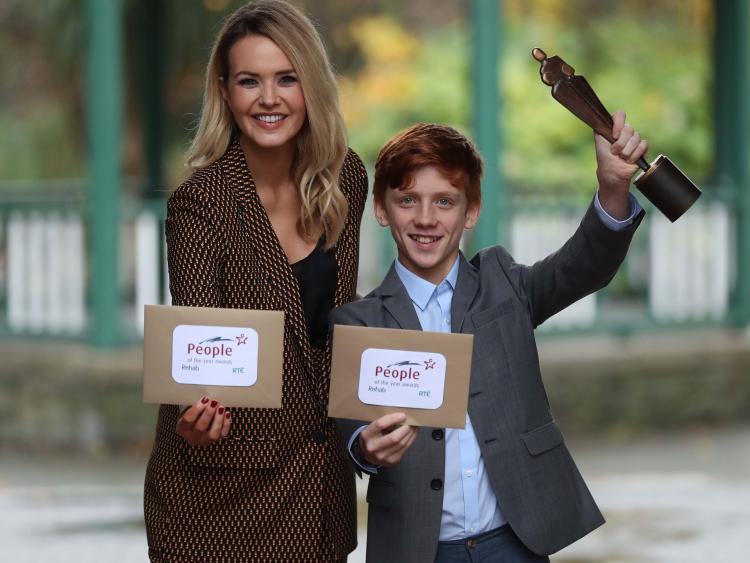 ACTOR Aoibhín Garrihy and former winner Milo McCarthy have joined forces urging the public to nominate their Louth heroes for a People of the Year Award before nominations close.

The final date for submitting nominations is midnight Friday, December 1 – the last chance to nominate Louth’s heroes for this year’s awards.

Milo, aged 14, revealed he was stunned when Games of Thrones star Liam Cunningham presented him with the Young Person of the Year Award in 2016.

The young hero received the award after he raised nearly €18,000 for Syrian refugees by busking on the streets of Cork City and his hometown of Midleton.

Now in its 43rd year, the awards, which are organised by Rehab Group, will be broadcasted on RTÉ One on Saturday, March 3 from The Mansion House.