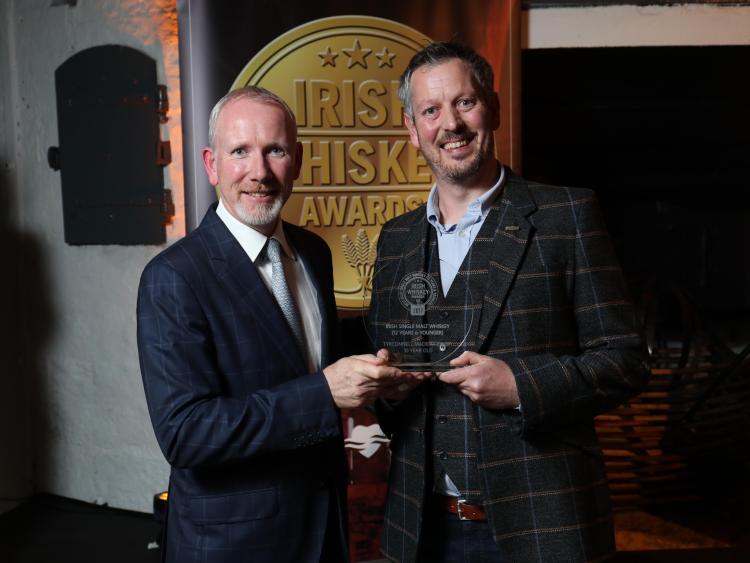 Louth swept the boards at this year’s Irish Whiskey Awards, with the county’s distilleries and breweries picking up gold medals and an award.

The excellence and innovation of Irish whiskey producers and distillers were honoured at the awards, which were held at Old Jameson Distillery, Bow Street, Smithfield Village, Dublin 7, last Thursday night.

The awards, which are now in their fifth year were judged in blind tasting sessions by members of the Celtic Whiskey Club, the Irish Whiskey Society Whiskey and the Cork Whiskey Society judged the whiskey categories.

Overseas members of the Celtic Whiskey Club also had the opportunity to purchase sample packs and vote without having to travel to Ireland.

Members of the trade were responsible for judging the white spirit categories of Gin, Vodka and Poitin as well as the Beer and Liqueur categories in a separate tasting session.

Commenting on the awards organiser Ally Alpine said; “‘We are delighted that the Irish Whiskey Awards have become an important date in the whiskey industry’s calendar.

“Unlike most international awards this is a non-profit making operation that relies on the support & generosity of the producers, my staff and whiskey enthusiasts.

“The event will also raise enough money to feed 330 kids every day for a year which is an added bonus.’

The event’s charity partner was Mary’s Meals who feed over 1.2 million children a day and recently fed their one billionth child.