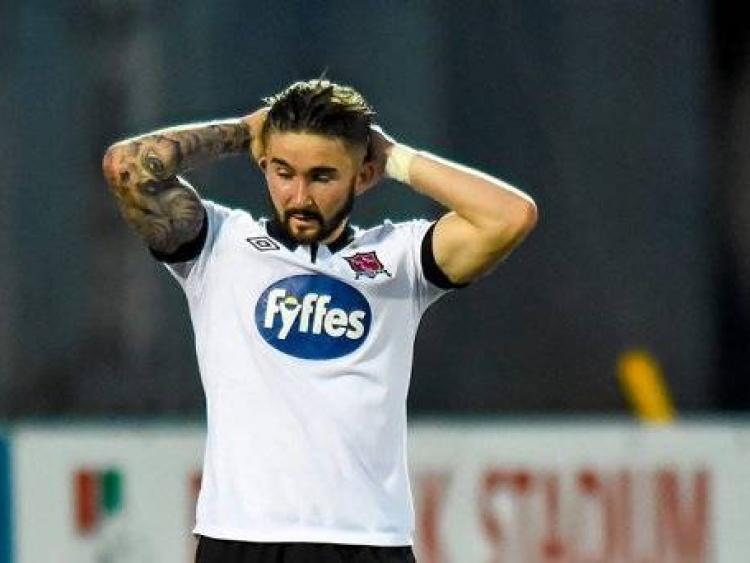 "I’ve been really excited ever since I got the phone call on Friday night,” he says. “It was just (a matter of) holding in the excitement.

“I can’t wait to get going now, I’m looking forward to the experience of next week.

"You’re just looking at your phone the whole time (ahead of the squad announcement), seeing if you’re going to get a phone call to come in.”

"I’ve only scored a couple of goals. I’ve been playing out wide and in behind Jordan Hugill as a number 10. But we’ve had a great start and I’m loving it there as well.

“The gaffer there is a firm believer in working hard — we’re a young team, we do work hard and the results (have shown it has) paid off.”

"It’s mad, I was just speaking to my mates there. Two years ago, I wasn’t even on the bench for Dundalk (in the FAI Cup final).

“A year later, I was scoring the winner (in the final) and a year on now, it’s a dream come true to represent my country — something I’ve been thinking about since I was four or five years of age.

"It’s pretty surreal, having a bit to eat this morning and seeing the players I’ve been looking up to for so long. Shane Long is a player I’ve idolised from a very young age. He’s the type of striker I’ve looked at myself (as being similar to).

"It’s a bit different to the League of Ireland physically and mentally,” he explains. “Especially playing out wide, you need to be concentrating for most of the game, because you’re defending 50% of the time.

“I’ve found myself playing all the way across the front four. It’s brought a lot to my game, my decision-making the last couple of months (has improved), I’ve improved my game physically and mentally.

"If the opportunity arises for myself to step up on Friday night (against Moldova), I feel I’m more than capable of doing that. (Myself and Scott Hogan are) two strikers that score goals, we’ve just got to be ready to hopefully play a part.”

Maguire’s progress is a testament to his resilience. Any Irish player who does not initially succeed in making a first-team breakthrough in England can now look to him as a benchmark for how to respond to such a setback.

"There were stages at Dundalk where my head wasn’t in the right place, but I had good people around me that made that right,” he adds.

“My parents played a big part in keeping me focused and not letting my head go.