Slight increase in number of non-Irish nationals in Louth 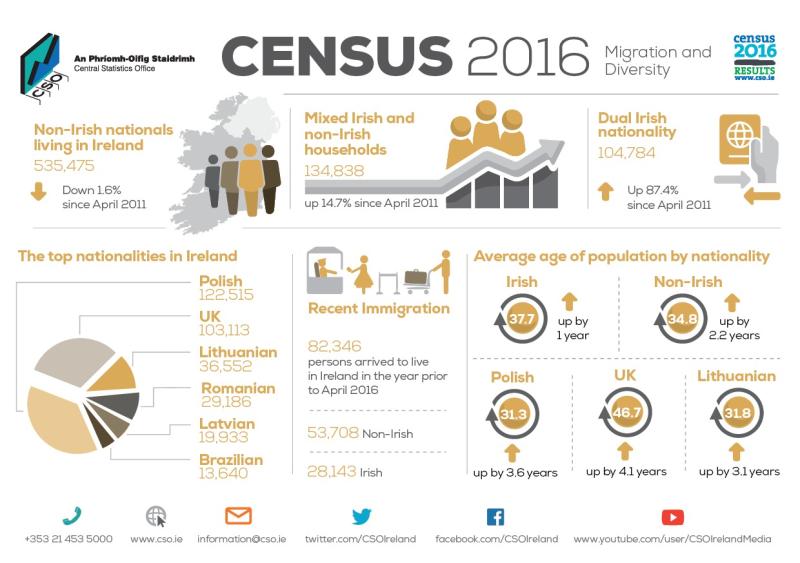 CSO figures released today, show that there was a slight increase in the number of non-Irish nationals in county Louth between 2011 and 2016.

Census 2016 Profile 7 Migration and Diversity was published by the CSO today, and it shows that in April 2016 there were 12,993 people in Louth who indicated that they were non-nationals.

This is lower than the State figure where non-Irish nationals comprised 11.6% of the country’s population in April 2016.