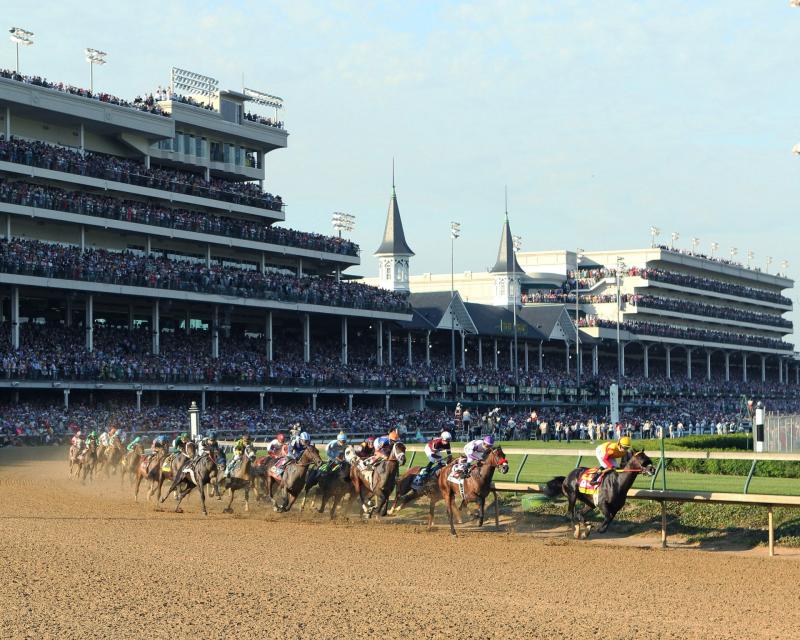 Dundalk Stadium, Ireland’s only all-weather racecourse is set to stage a race as part of a new initiative that guarantees one European horse a place in next year’s Kentucky Derby.

Dundalk will stage the penultimate race in the ‘European Road to the Kentucky Derby’ in a stand-alone series of seven one mile races with other races in the European series to be run at Naas, Chantilly, Doncaster, Kempton and Newcastle.

Only one position in the Kentucky Derby starting gate will be awarded to the horse that accrues the most points in the ‘European Road to the Kentucky Derby’ and accepts the invitation to compete in the 144th running of the $2million (US Dollars) race for three year olds at the world-famous Churchill Downs, Kentucky, on Saturday May 5th next year.

The ‘European Road to the Kentucky Derby’ will award points in each race to horses finishing first, second, third and fourth, with the horse finishing the series with the most points awarded an entry.

The points will be increased for races on all-weather tracks with Leg 6 of the series featuring Dundalk Stadium’s Patton Stakes (Listed) on March 2nd with the first four horses awarded 20, eight, four and two points respectively.

Jim Martin, Chief Executive of Dundalk Stadium said, 'We are delighted to be involved in this European Road to the Kentucky Derby.

'Our qualifying race will be the Listed Patton Stakes over 1 mile which will be run on the 2nd March 2018 with a race value of €75,000.  We plan to make this a great Irish/American evening at the track.

'Our involvement in the race is due in no small measure to the work of our Director Ciaran Kennelly who worked closely with Mike Zeigler from Churchill Downs to make this series happen.”

Bill Mudd, President and Chief Operating Officer for Churchill Downs, had this to say:

'With premier races for Europe’s top horses often staged on turf in the months of May through October, we felt it was important to work with our European partners to create a distinctive path for horsemen who are interested in the Kentucky Derby.

'Any European horse that intends to test the Kentucky Derby now has an opportunity to qualify for the 1 ¼-mile dirt classic by competing in the new series, which culminates with a trio of early-in-the-year races over synthetic surfaces at Kempton Park, Dundalk and Newcastle.

'By working with great partners at the racecourses along with the British Horseracing Authority, France Galop and Horse Racing Ireland governing bodies, we’re optimistic this new series can add to the worldwide popularity of the Kentucky Derby.”

Since 1967, there have been 36 horses who previously raced outside North America and ran in the Kentucky Derby.

Venezuela’s Canonero II won the 1971 Derby, while Bold Arrangement (GB), who was campaigned in Great Britain and France, finished second to Ferdinand in the 1986 renewal.