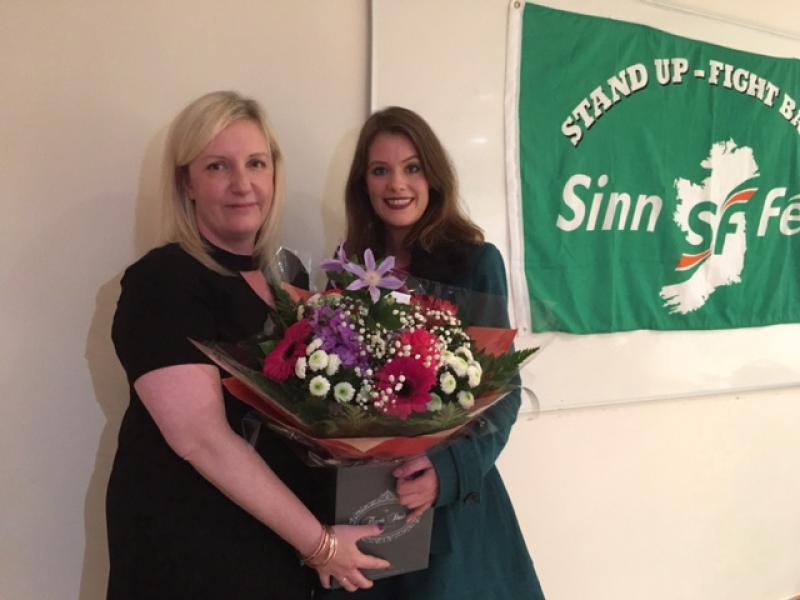 Cllr Kevin Meenan who stood down for health reasons will be replaced by Bay Estate man Ruairí O Murchú.

Ruairí attended the Gael Scoil in Muirhevnamor and then St. Joseph’s NS where his father Gerry Murphy was principal.

Ruairí is married to Annemarie and is to two sons and a stepson. He has worked in several positions for Sinn Féin both locally and regionally and is with the party’s Election Department.

Although he labels himself a novice, Ruairí is passionate about sports and enjoys boxing, Brazilian jiu , kickboxing, running and mountain walking.

He is committed to the core Sinn Féin principles of Irish unity and creating a more just and equal society for all. He is a dedicated political activist who aims to listen to and serve the community and to continue the work on the ground of Cllr Kevin Meenan.

Jennifer Green also stood down from her role as Councillor to focus on her family. Speaking yesterday Jennifer said “since I stood for election in 2014 I have had my third child. I feel I need to focus on and devote more time to my children. I feel I would be doing the people of Dundalk South a disservice if I couldn’t devote my full attention to constituency work. I am delighted to nominate Anne and I know she will be a fantastic asset to the team.”

Jennifer Green will be replaced by Anne Campbell.

is originally from Coalisland in Co Tyrone and has been living in Dundalk for over twenty years. She is married to Laurence and they have two sons aged nine and seven. Her parents Mary and Pat Campbell currently reside in Ravensdale.

Anne’s name will be familiar to those in Dundalk as she worked for The Democrat and more recently The Argus.

Through her journalism Anne has built up a wide range of contacts in many walks of life; business, Gardaí, the public sector, health etc. She has developed an expertise in a number of aspects of the town particularly the criminal justice system in which she has retained a deep interest.

Anne has helped many people over the years sometimes by printing their stories but more often than not, helping them get in touch with those in authority or asking questions on their behalf. It is this aspect of her work that Anne enjoyed and will help her in her constituency work as a .

Anne wants to help build a new Ireland where people without a voice will be heard and it will be an equal society where everyone is included.

Louth Sinn Féin to thank out-going Cllrs Kevin Meenan and Jennifer Green for all their dedication and hard work over the past number of years and we wish them health and happiness for many years to come.