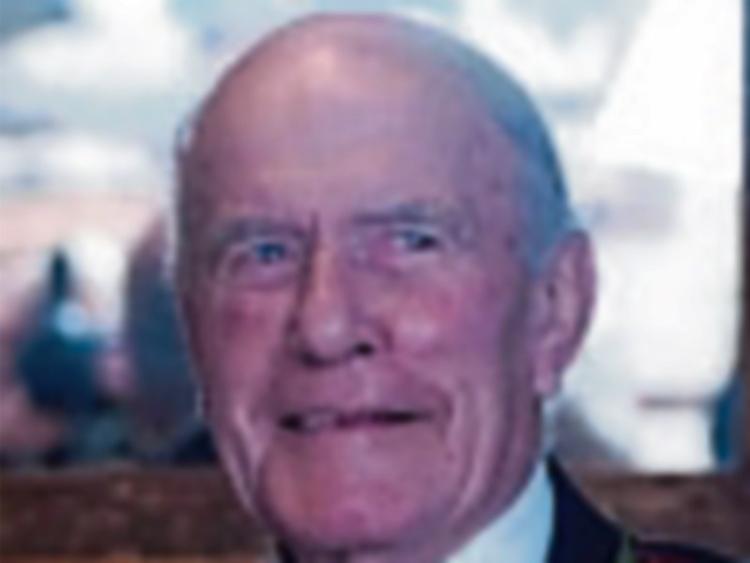 Paddy Kelly of Jenkinstown Cross, Dundalk who died on June 21 last was a leading horseman who was one of the top breeders of Irish draught horses and had a reputation for his progeny across the world.

His love of horses was only surpassed by his love of his dearly departed wife Briege who died just over 12 months ago, and his family to whom he was deeply devoted.

He was acknowledged as a “gentleman” who emigrated to England to find work, but his heart always remained in his native land and he returned to turn his love of horses into a successful business.

He and wife Briege were accomplished ballroom dancers, winning a collection of trophies for their olde tyme waltzing in local competitions when they came back home. Paddy was known as “twinkle toes “for his prowess as a dancer.

He was one of 12 in the family of Sarah and Patrick Kelly from Dungooley, Kilcurry.

His mother died when he was just two years old and his aunt and uncle Thomas and Agnes White stepped in along with his maternal grandparents and took on the responsibility of raising him in Jenkinstown.

His grandfather Matt had a great love of horses which he passed on to Paddy and came to play a central part in his life.

He attended school in Bellurgan and at the age of 14 began working on the family farm.

He then was employed in the Linen Company in Ravensdale for a number of years until he married Briege Carroll in 1957 when Louth last won the All-Ireland. Briege’s parents Philip and Rose had a gift shop in Church Street.

The couple rented a house in Dowdallshill where daughter, Geraldine, the first of their four children was born.

Work was scarce and Paddy went off in search of it in England in 1959 and the family moved there.

But Paddy’s heart was always in Ireland and close on 20 years later returned to Dundalk with his wife and expanded family, with three further additions daughter, Valerie in 1961, son Patrick a year later and daughter Briege in 1965.

He gained employment during his time in Crewe with Rolls Royce in their car manufacturing plant and later as an overhead linesman with British Rail.

He developed his love of horses when in England and took it a further step on his return home, starting what was a highly successful professional stud farm at Jenkinstown Cross.

He and his own family settled down and lived in his family home. Family was paramount, but his horses were his pride and joy as he built up a reputation as one of the foremost breeders of the Irish draught breed.

He pulled off an outstanding hat-trick of gold medals at the Royal Dublin Society (RDS) show in the 1990s where he was a regular exhibitor.

He also showed off his prize horses at Balmoral.

His progeny ended up across the world from Britain to Germany to as far as New Zealand.

He passed away peacefully in the loving care of the nurses and staff of the Beaumont Hospital, surrounded by his family.

After reposing at his residence on the Friday, Paddy was taken to Saint Mary's Church, Ravensdale the next day. Father Oliver Stansfield CC Omeath celebrated Requiem Mass during which he delivered the eulogy.

Items symbolising his life, including his award winning rosettes for his horses were present on the altar.

Son Patrick and son-in-law, Gerard Keenan gave the Readings, while the Prayers of the Faithful were led by his grandson, Mark and his wife, Maria.

The Offertory Procession comprised his granddaughter, Kelly Carolan and her husband Jobey.

The beautiful music was provided by singer, Frank McCann.