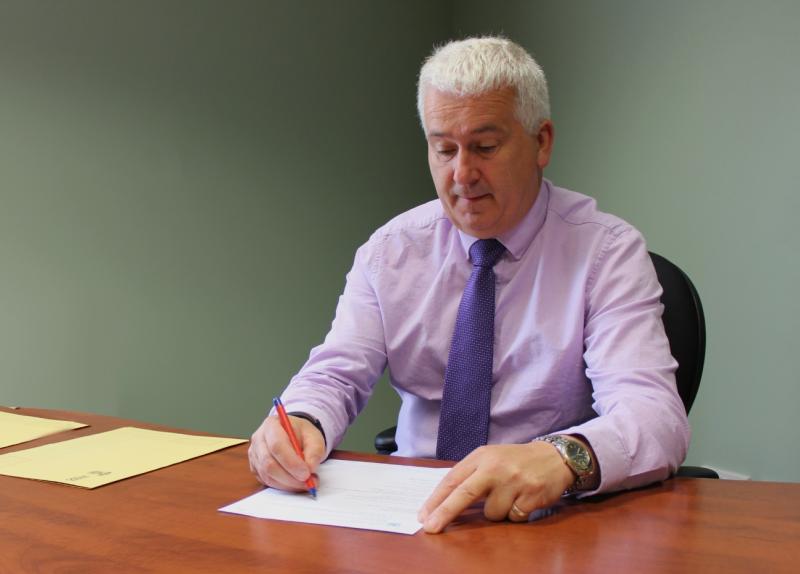 Louth Fianna Fáil TD and spokesperson on North-South Bodies and Cross-Border Co-Operation, Declan Breathnach, has said it is imperative that a deal is reached on the Northern Ireland Assembly talks before the new deadline of Monday 3rd July.

Deputy Breathnach said, “It’s time for politicians from all sides to step up to the plate, leave their disruptive baggage behind, and work together to strike a deal to get the Assembly back up and running. A rudderless leadership in Northern Ireland is most disturbing. We all know that where a vacuum exists, volatility and even violence or unrest is never too far away.

“As co-guarantors of the Good Friday Agreement the Irish and British Governments must add greater impetus to reaching a solution to re-activate the Assembly before the new deadline of the 3rd of July.

“The situation is especially acute given the need to pass a budget. The Head of Northern Ireland’s Civil Service David Sterling has taken control of Stormont finances due to the previous failure to pass a budget. He has written to each department setting out their spending limits. He is now controlling money equivalent to 75% of the entire year’s budget and which he can direct.

“If no budget is in place by the end of July he can spend up to 95%. This in effect will mean a 5% reduction in spending across the Northern Ireland Public Service.

“This is totally separate from the deal reached between the DUP and Theresa May where they have secured €1 billion in additional funding for Northern Ireland.

“Brexit compounds and further exacerbates the problems facing Northern Ireland. Indeed Northern Ireland is the most exposed part of these Islands with no leadership to protect their interests. The fact that the DUP are supporting Theresa May’s fragile government does not help either,” concluded Deputy Breathnach.