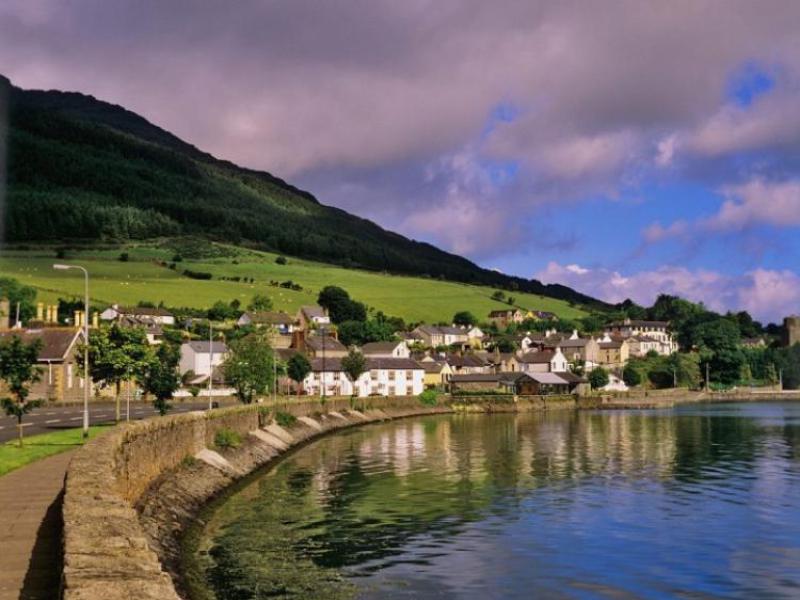 Cross-border commuters will be encouraged to leave their cars at home and to travel to work, school or college by bike or on foot using the Carlingford Lough Greenway.

Plans for a new 10km stretch of greenway were announced today (16.06.17) at an event in Omeath, Co Louth. The planned stretch will connect Omeath to Newry and Carlingford Marina to Carlingford Village.

The €3.46 million project is led by Louth County Council, working in collaboration with Newry, Mourne and Down District Council and East Border Region Ltd. The new stretch will build on the recently completed and already popular Carlingford Marina to Omeath Greenway. Funding for the project is provided by the European Union’s INTERREG VA Programme, managed by the Special EU Programmes Body (SEUPB).

Commenting, Cathaoirleach  of Louth County Council, Cllr Paul Bell said: “We’re delighted to be working with Newry, Mourne and Down District Council and East Border Region on this , which, when completed, will see commuters and tourists alike able to travel from Carlingford to Newry on foot or by bike on a scenic, safe and traffic-free route.

“At the moment, just 2.7 per cent of cross-border commuters travel to work or education by bike or on foot. The Interreg programme aims to increase this to 10 per cent by 2023 and we, at Louth County Council, look forward to playing our part in achieving this.”

It is hoped that 1,500 people will take part in the associated cross-border Greenway Activity Programme, which will be developed under the themes of sustainable transport, active travel, healthy living and social cohesion. Businesses that employ significant numbers of cross-border workers, as well as education institutions will be encouraged to promote the use of the greenway for their commute.

Chairperson of Newry, Mourne and Down District Council, Cllr Roisin Mulgrew said: "I would like to pay tribute to the staff in each partner organisation for their foresight and commitment in developing this genuinely project and in securing a significant amount of EU funding for its implementation.  I wish them well in the construction phase, and I look forward to returning in the future to see the finished greenway which will greatly enhance our region”.

Welcoming the project Chief Executive Officer of the SEUPB, Gina McIntyre said: “This project represents one of the core objectives of the EU’s INTERREG VA Programme which is to promote environmentally friendly cross-border sustainable mobility. Upon completion it will encourage more people to leave their cars at the door, and make their journeys either on foot or by bicycle. All of these small steps will help to reduce carbon emissions and connect people to places in a more eco-friendly way that will help protect the environment now and in the future.”

This route will form part of the Great Eastern Greenway, which once completed, will provide a traffic-free link from Carlingford, Co Louth to Portadown, Co Armagh.