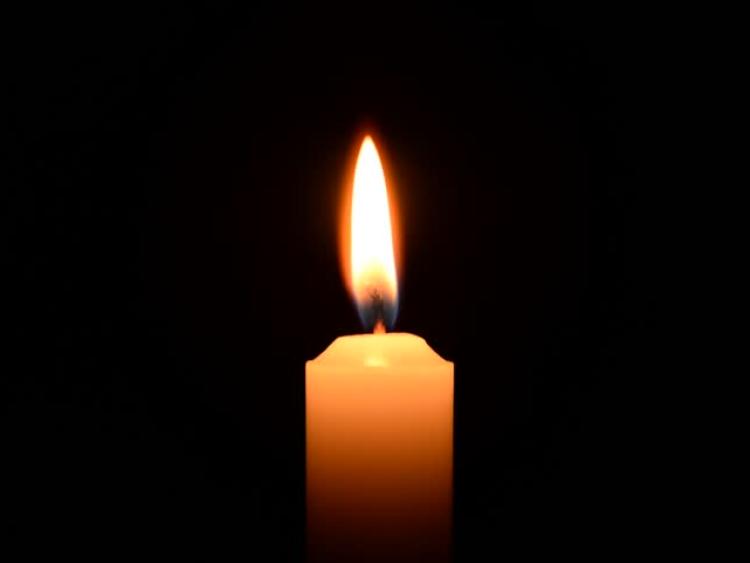 Peacefully, surrounded by her loving family and in the loving care of all at ward 4C CUH, ANGELA, (nee Quinn) 11 Whitepoint Estate, beloved wife of the late Tom and much loved mother of Fionnuala, Damian, Mairead, Brian, Tom, Brendan and the late infant Aidan.

Reposing at her home on tomorrow, Saturday evening, from 5pm with Rosary at 8pm.

Reception into St. Colman's Cathedral on Sunday at 11.30am for 12 noon Requiem Mass followed by burial in Old Church Cemetery.

Family flowers only. Donations in lieu, if desired, to Cobh Community Hospital.

Peacefully, in the love and tender care of Saint Peter's Nursing Home, Castlebellingham.

Removal on Monday afternoon at 2.30pm (driving via her late residence) to Saint Joseph's Church, Castletown, Fatima, arriving for Funeral Mass at 3pm, followed by burial in adjoining cemetery.

May Her Soul Rest In Peace

Peacefully in the love and tender care of Dealgan House Nursing Home.

Reposing at her residence, Meadow View from Saturday evening 5pm to 9pm and Sunday 12noon to 8pm.

Removal on Monday morning to The Church of The Holy Family, Muirhevnamor, arriving for Funeral Mass at 11am, followed by burial in St, Fursey's Cemetery, Haggardstown.

May Her Gentle Soul Rest In Peace

Peacefully in the Louth County Hospital.

Removal on Tuesday morning at 10.40am to St. Oliver Plunkett Church, Blackrock, arriving for Mass at 11 o'clock.