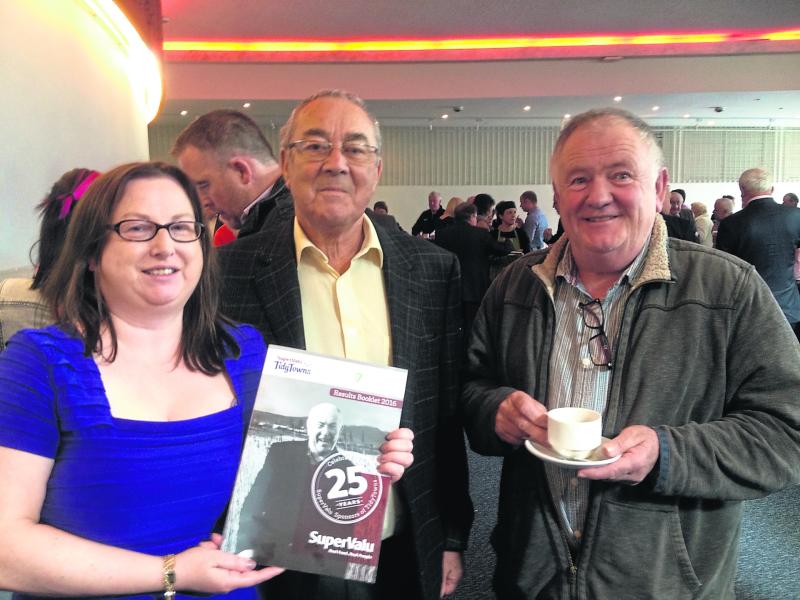 It is with great sadness that we share the news of the passing of Willie Duffy, chairman of Dundalk Tidy Towns Committee and long term member of Louth Tidy Towns Together.

Originally from Vincent Avenue but most recently living in Ard Easmuinn, Willie passed away following a short illness while on holiday.

Willie payed a huge role in Dundalk winning gold medals for 9 years running in the Tidy Town’s competition, as well as being responsible for helping to bring outdoor gyms to the town.

He was involved in the new Thomas Clarke Remembrance Garden at the Fairgreen which opened last year for the centenary of the Easter Rising and also in the installation of the information boards telling the history of different parts of the town.

Willie worked for many years in PJ Carrolls in Dundalk and was a lifelong supporter of Dundalk FC. He was part of the supporters’ committee who played a part when the first floodlights were installed in Oriel Park.

The Louth Tidy Towns Together committee, paid the following tribute to him this afternoon:

‘It is with a sense of shock and sadness that we learned of the death of our friend and colleague, Willie Duffy R.I.P.

‘Willie, a long-term member of Louth Tidy Towns Together and Chairman of Dundalk Tidy Towns Committee, passed away following a short illness while on holiday.

‘Willie was a much-respected colleague and a dear friend to all of us involved in Tidy Towns in Louth and his voice and engaging personality will be deeply missed.’

‘Our sincere sympathy to Willie’s wife and family, and to everyone associated with Dundalk Tidy Towns.

‘Willie was a friend and support to us all, including Blackrock Tidy Towns. He leaves a void which will be impossible to fill.’

We would like to extend our sympathy to Willie’s family and friends.