One of the last thatched premises in Cooley area 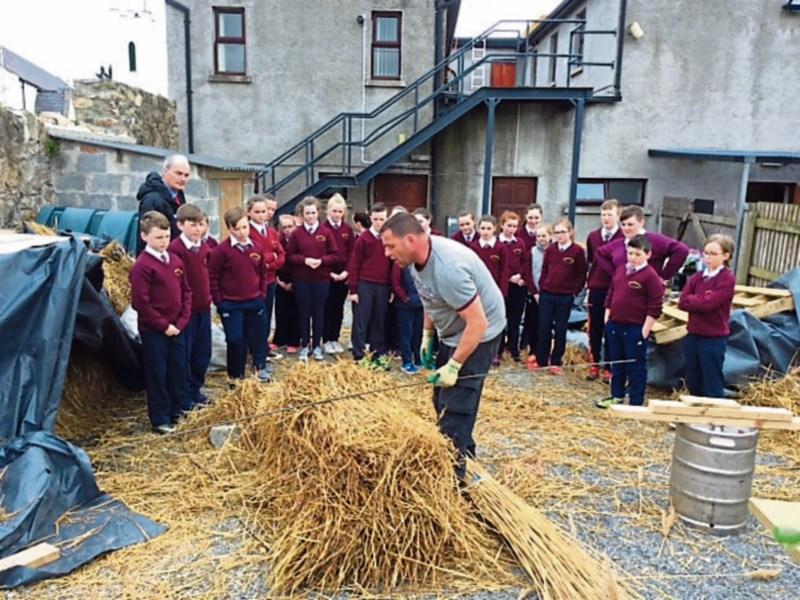 The project at Grange is funded by Louth County Council and the Department of Arts, Heritage, Regional, Rural and Gaeltacht Affairs and John Long, Owner. Long's pub is one of the few remaining thatched premises in the Cooley Peninsula.

There are many reasons for this including the shortage of skilled thatchers and lack of materials and techniques. Peter Childs is a Master Thatcher and an award winner from Countryside Agency Thatch Training Centre in Wiltshire, England. He specialises in conservation & heritage and uses natural materials.

Alan Thatcher, a qualified thatcher, and Darren Irwin, an apprentice thatcher, also worked on the project.

Their skill, craft and expertise were observed and appreciated by the local community as well as visitors. Local schoolchildren observed the thatching on a number of occasion and Peter demonstrated the various techniques to them.

John Long's pub dates back to the 18th Century and is steeped in history. It is believed to be older that Grange Church which dates back to 1762 . The Long family have owned it since it was erected and the Department of Heritage recognised the building as being eligible for the Town and Village Scheme 2016.

The pub is currently being managed by Mr Hugh O'Hanlon who hopes that it's 'new look' will attract business.

It is situated in the beautiful village of Grange near Carlingford in the Cooley Peninsula which is an area of outstanding beauty.