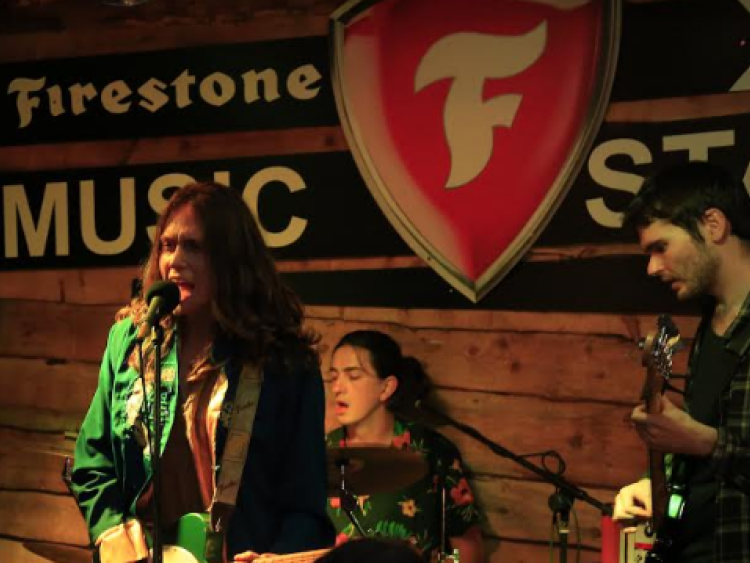 A Dundalk based band has won the inaugural Firestone Vantastival Battle of the Bands contest held in Drogheda’s Odd Mollies music venue on Thursday 11 May.

Nix Moon, who describe themselves as a “progressive folk act that dabbles with multiple genres” topped the competition, closely finishing above four other bands competing on the night. The winner was chosen by a panel of judges consisting of music journalist Tony Clayton Lee, sound engineer Gavan Blake, Vantastival organiser Benny Taffe and Firestone marketing manager, Colm Conyngham.

The hotly contested competition gained entries from all across the north east of Ireland which was cut down to five finalists - Grand from Drogheda, Makings from Killanny, Co. Louth, Lowlight Gathering from Monaghan, and Accidents in the Workplace, Dundalk as well as winners Nix Moon.

By winning the competition, the five-piece will headline the Firestone Music Station Stage at Vantastival Music Festival to be held on June 3rd and 4th.

In addition to their headline slot at the annual festival, Nix Moon have scooped three days of recording at well-known Grouse Lodge Recording Studios in Co. West Meath and an €1,800 voucher for Dublin’s Musicmaker musical equipment store to ensure they are never without instruments as they begin their journey with Firestone.

The Dundalk act has featured at Irish festivals including Electric Picnic, Knockanstockan and Vantastival over the last three years, while regularly selling out their local venue, the Spirit Store in Dundalk. Their debut ep, 'Soul Traffic', was released last summer and the band won 'best performers' at the Busker Fleadh in Dublin in September 2016.

Colm Conyngham, Marketing Manager for Firestone said: “We are delighted with the response to our first Battle of the Bands competition in conjunction with Vantastival and I would like to congratulate Nix Moon as winners

The voting and engagement from music fans online, and quality and performance of the acts at the final, demonstrates a very vibrant music scene in the North East of Ireland.

“We hope Firestone’s support for emerging talent and our involvement with Vantastival will help to further stimulate and encourage new music in the area.”