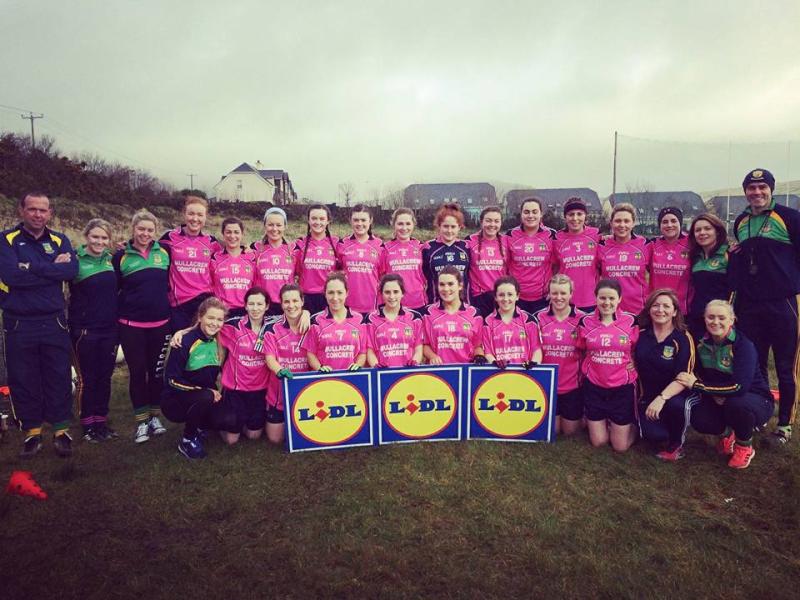 Stabannon Ladies set off last Friday week on a bus journey that would see them playing in the 28th Paidi O’ Se tournament in Dingle, Co. Kerry. The festival promotes a healthy mix of fun and sport with over 600 participating players experiencing the exciting atmosphere that teams bring to the west Kerry tournament and that the dingle peninsula brings out in all participants.

Not only did the weekend bring great opportunities on the football field for players and managers alike but it also give teams the opportunity to bond and enjoy the Craic agus Ceoil in Paidi O' Se's pub in Ventry where there was live music, food and plenty of craic throughout the weekend.

On a sun filled Saturday in the dingle peninsula, Stabannon took to the field of play to play Bray Emmets in the semi final of the competition. Stabannon played some great football to come out worthy winners on a score line of 5-14 to 3-8.

The final later the same day would bring a greater, more physical challenge against the Dublin league champions Ballyboden St. Endas. Both teams put together some excellent moves in what turned out to be an exciting final with both teams displaying a high standard of football. However, it was the jackeen side that did enough to see them lift the senior ladies Lidl Comortas Peile Paidi O'Se cup with a score of 4-8 to Stabannon's 2-10.  Stabannon produced the ladies player of the tournament with Grace Rogers picking up the prestigious prize. Grace has been playing football with Stabannon Ladies since she was at underage level and this award is testament to her commitment and her ability as a player.  Recognition at this high level is for Rogers sets the standard for the year ahead and the Stabannon club are very proud of Grace.

This is the second time Stabannon Ladies have participated in the Paidi O’Se tournament and they cannot speak highly enough of the hospitality, organisation and footballing/social experience they enjoyed throughout the whole weekend. No doubt, the team will hope to experience it all again in the near future!

Stabannon Ladies would like to thank all who supported them in making the weekend a success, Stabannon Parnells committee, John and Laura Barry, Mooney clothing and Lidl, Dundalk.