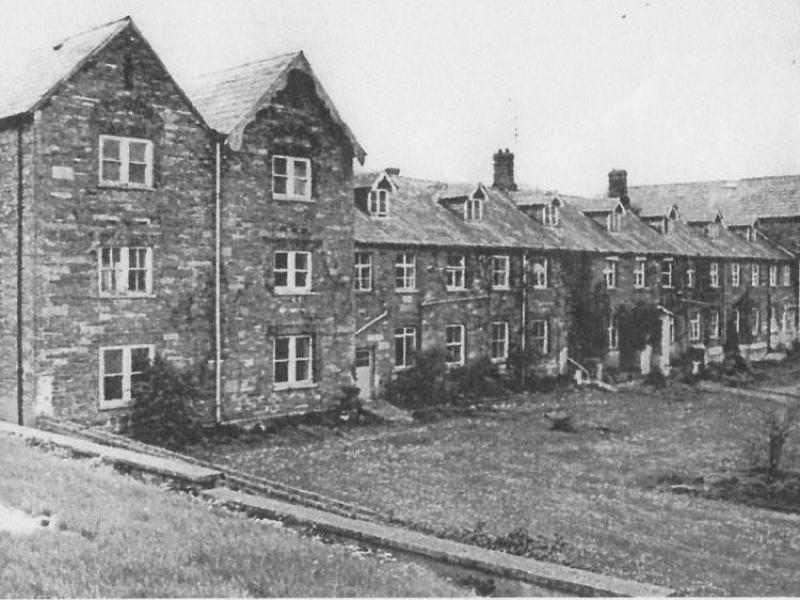 Memories of the Great Famine of the mid nineteenth century in Ireland still reverberate around the world but very little is really known about ordinary day to day events of that time.
This is a true ghost story taken from the minute books of the Dundalk Workhouse from the month of February in the year eighteen forty seven. Although it has been dramatised for the retelling nothing has been changed.Most of the dialogue used in this story is exactly as it was written one hundred and seventy years ago.
The title LAY THE GHOST was used in the column containing reports from the Dundalk Workhouse, first published in the NEWRY EXAMINER & LOUTH EXAMINER in eighteen forty seven, a momentous year, known in Irish history as Black Forty Seven .

The Board of Workhouse Guardians consisted of elected guardians and non elected guardians,the latter been drawn from the Justices of the Peace who were residing in the union,or catchment area of each workhouse.

They had a role to play in the management of a workhouse which, although vital to the ratepayers of their area ,often meant the difference between life and death for the less fortunate.

The NEWRY EXAMINER AND LOUTH ADVERTISER was so appalled by the callous indifference shown by some of the Guardians of the Dundalk Union Workhouse,that for several years during the Great Hunger,they published a list of the attendance or non attendance of the Guardians to name and shame the culprits.

Thankfully the likelihood of that happening today is practically nil, as such reponsilbillities are taken more seriously than they had been in darker years when evictions were rampant and Laissez Faire was the watchword of the day.

This story is retold here by ANTHONY O' HAGAN