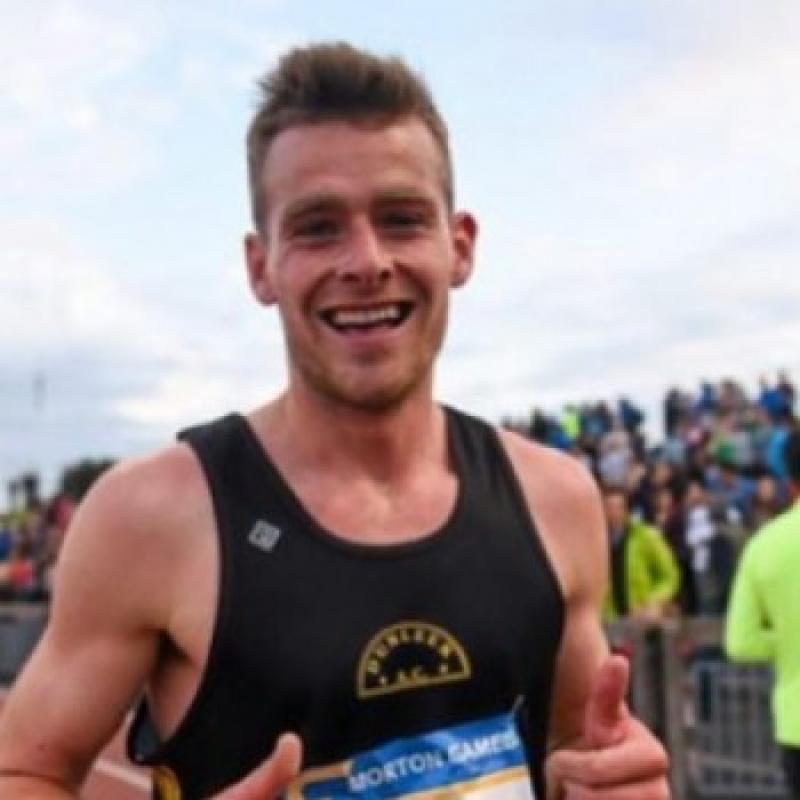 Blackrock man Tomás Cotter will be representing the Green, White and Gold (and black and amber of Dunleer AC!) in Belgrade in two weeks at the European Indoor Champs, after receiving the call up today. Tomás will compete in the 3,000m as part of a strong team being sent, including European medalist Ciara Mageann.

An 11-strong Irish team has been selected for the European Indoor Championships in Belgrade, Serbia on March 3rd-5th.

This will be the first phase of the next four year Olympic cycle in Tokyo 2020 and European outdoor 1500m bronze medallist Ciara Mageean is one of the leading names on the team. The UCD athlete will be looking for another strong showing in Belgrade. She will be joined by fellow Rio Olympian Kerry O’Flaherty. The Newcastle athlete competed at the Rio Olympics in the 3,000m steeplechase.

Brian Gregan (Clonliffe Harriers) is currently ranked 10th on the European indoor list in the 400m and will be looking to take it round by round in the two lap event.

Amy Foster (City of Lisburn) will also compete in the 60m and Phil Healy (Bandon) is entered in the short sprint but the emphasis will be on the 400m where she won the Irish Life Health national senior indoor title on Sunday. Sinead Denny (DSD) is also in the 400m and made the semi-finals of the European outdoors last summer.

John Travers (Donore Harriers) is in the 1500m and he will be aiming to replicate his performance from the last edition in Prague by making the final.

Ben Reynolds (North Down) is an experienced indoor international campaigner and will compete in the 60m hurdles.

The team is headed by Patsy McGonagle as team manager. The Finn Valley man is vastly experienced having been team manager at four Olympic Games and he is excited as the next Olympic cycle begins.

“This is the first step out into the next Olympic cycle having acquitted ourselves extremely well in Rio. We will be building from that and we look forward to the year ahead. This will be the highlight of the indoor season at elite level.”