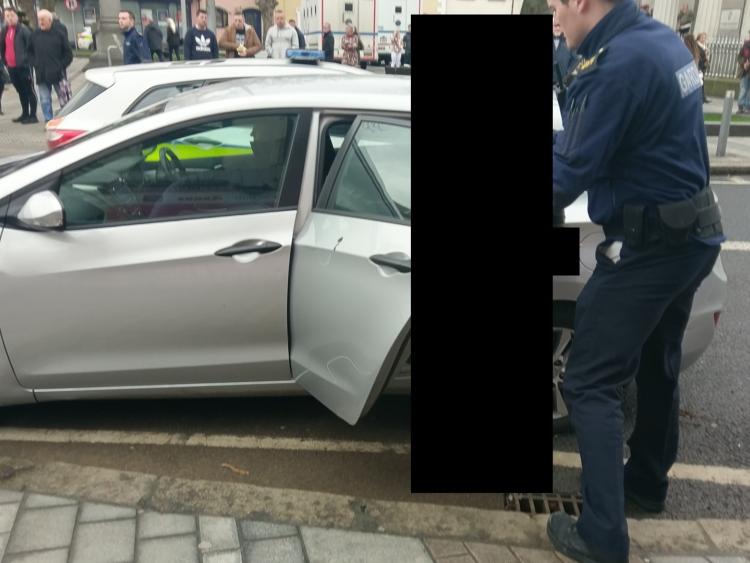 A young male being arrested.

There were ugly scenes outside the Dundalk Courthouse and the area around the Market Square this lunchtime after two families became embroiled in fracas, drawing hundreds of onlookers during a busy Dundalk lunchtime.

As many as twenty Gardaí were present and at least one arrest was made.

A crowd of roughly 100 passers-by gathered around the square as two local family groups become involved in a disturbance. The Democrat understands that at one stage two screaming women became entangled.

A young male was arrested and taken away in an unmarked Garda car. 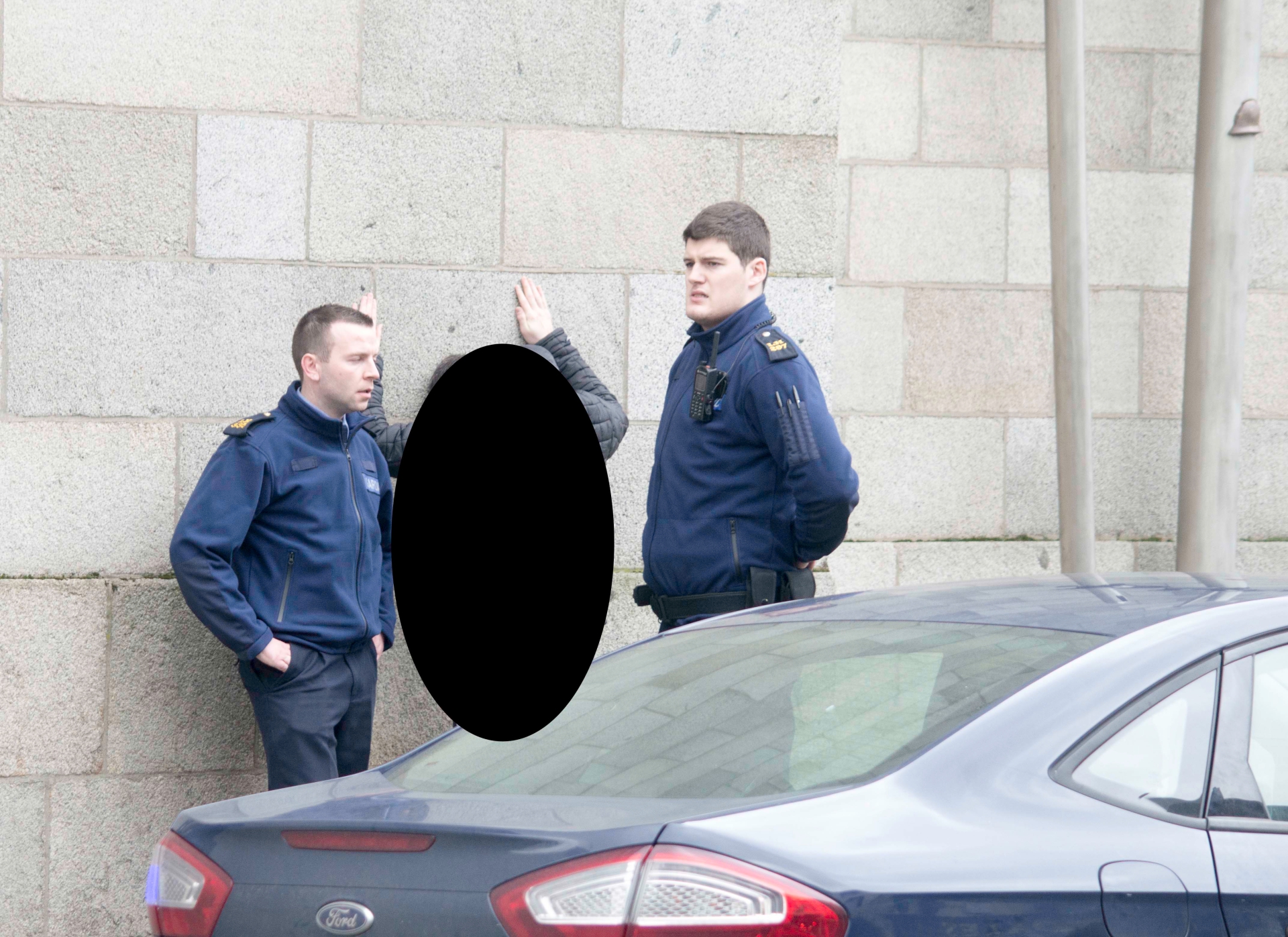