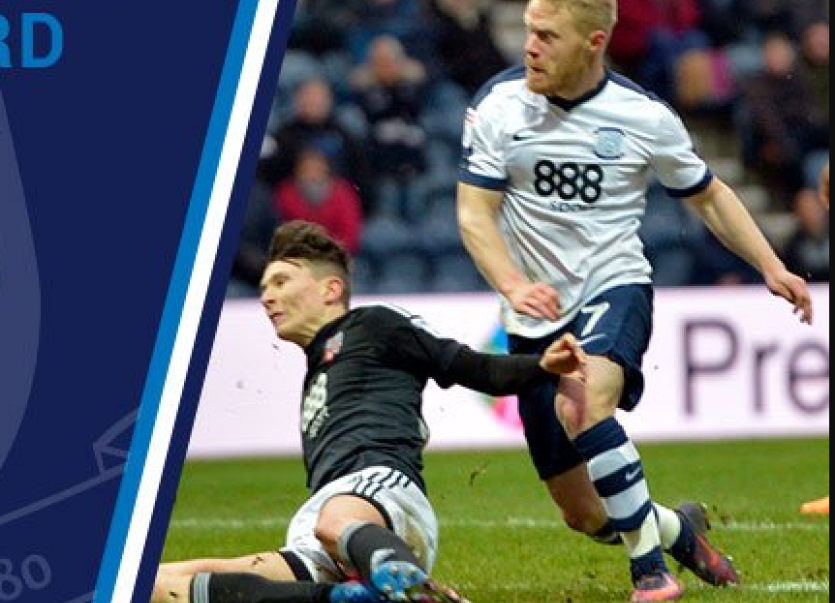 DARYL HORGAN HAS opened his goal-scoring account at Preston, bagging his first against Brentford earlier.

The former Dundalk star found the back of the net in the 77th minute, getting in behind the Brentford defence to pull off a fine finish.

It came as his side’s second goal in three minutes at Deepdale, following fellow Irishman Aidan McGeady’s effort from 25 yards.

McGeady also scored Preston’s opening goal, and was named Man of the Match.

Horgan was replaced on the 81-minute mark, as Preston closed out to win 4-2.

You can watch his goal below: