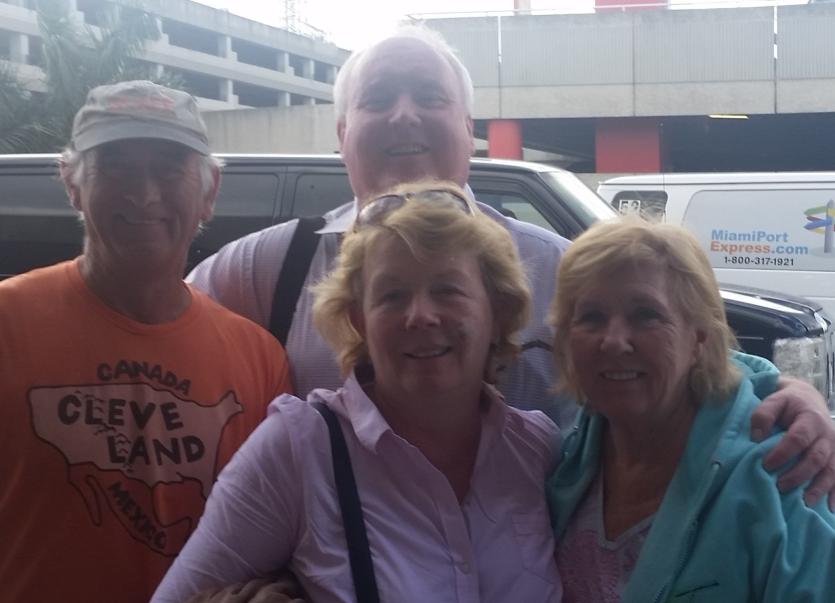 Philomena and Eamon Smith (formerly Blackrock) with Pat and Marie Hamilton as they headed home on Monday morning.

A  local Blackrock couple had a harrowing experience last Friday morning as they became caught up in a shooting which claimed the lives of five people when a gunman opened fire at Fort Lauderdale airport in Florida.

As they waited to Board their flights home from Fort Lauderdale to Dublin, Pat and Marie Hamilton were seated in the waiting  area for their noon flight to J.F.K and Dublin when shots rang out at the end of the hallway.

According to Pat, in the ensuing panic people were screaming and diving under any  form of  cover or behind seats.

“A security guard opened a gate and there was a mad scramble to get to the door...and  it  literally  was survival of the fittest with  fear dictating  the pace . Hand luggage , laptops , phones , shoes and parcels were scattered and in the panic some elderly people were literally knocked over and many children were separated from their parents in  the  rush  to  get  out  of  the  lounge  areas. Everybody was ushered down to the ground floor outside area,” he explained. 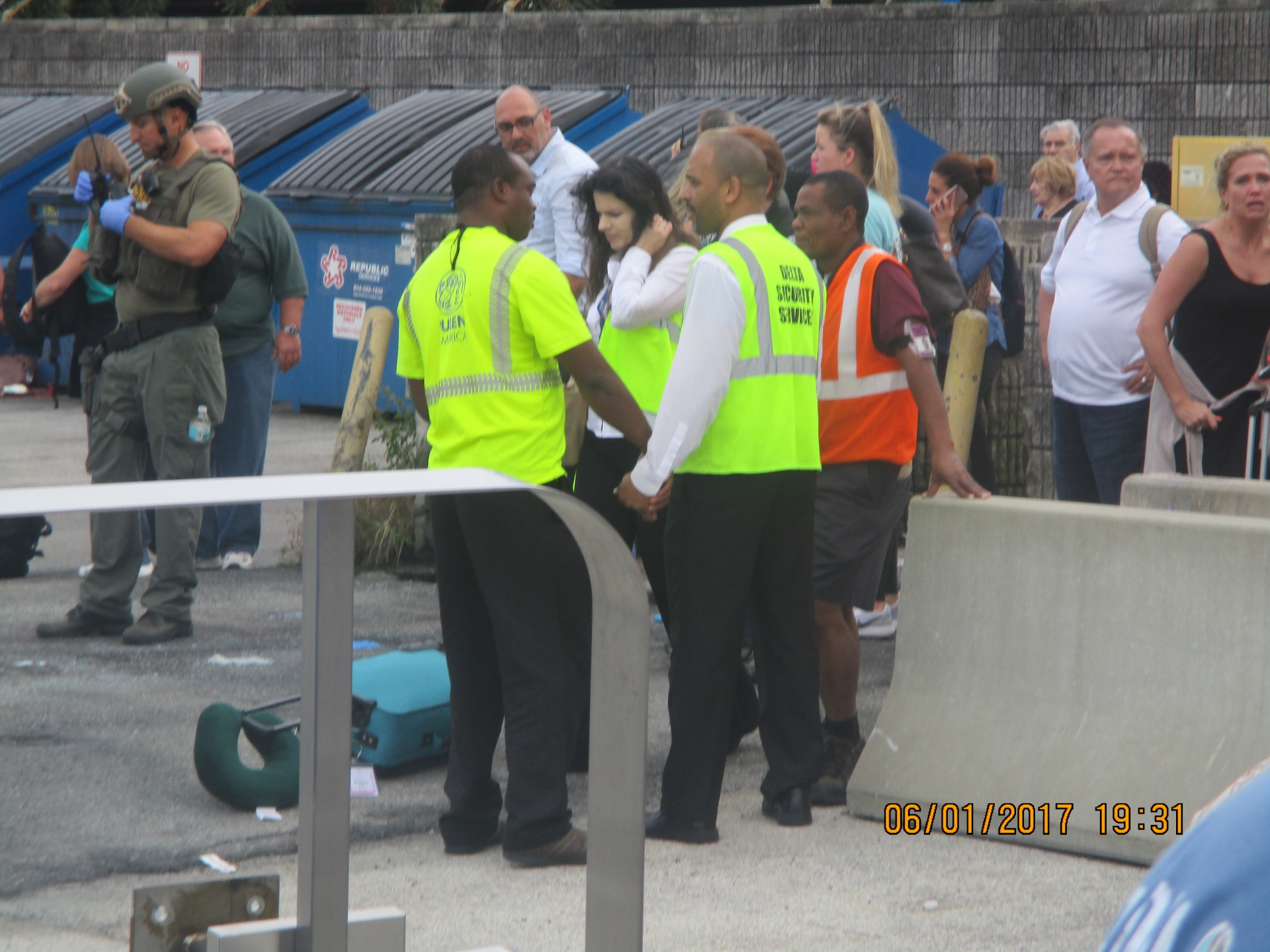 “Just when the Army and Sheriffs Dept. got the all clear after about an hour to proceed back into the building via a service tunnel a further scramble ensued when word filtered through that the “active shooter” was still at large and approx.

“A few hundred people were quickly shepherded about 150 yards further along the wall area where they  remained. Once again just when all were ready to head back after  another hour again  disruption and chaos took place and this time the crowd headed straight for the runways. Armed  police  and  Army  rangers  moved  the  crowd  across a  second  runway.

“At this stage police and ambulance sirens could be heard clearly in the vicinity of  the  different  . A private hangar was cleared and airport staff and Security managed to escort the crowd inside the building. Patrons were well supplied with bottled water and snacks but we were detained for over four hours in this area with  little  information  made  available.”

The couple’s son Cathal at home in Blackrock was able to update his parents via social media as to what was happening at the Airport, which was at  this  stage completely shut down.

“Reports filtered through that five people were dead and a further six in critical condition and these were later confirmed”, added Pat.

The couple were eventually evacuated and were able to secure a hotel booking thanks to their American hosts and  also the  Irish  Embassy,  but due to the fact that there were thousands milling around the taxi areas, disputes among  queue members and a tiny amount of taxis being  available it was not feasible to get to the hotel at  that  stage. According to Pat, it  was  later  confirmed  that  all  roads  in  the  vicinity  of  the  Airport  were  sealed  off  and long  tailbacks  in  traffic   occurred  as  a result.

“It was an experience which we would not like to go through again but we were some of the lucky ones. The sheer pandemonium and fear on view was quite frightening and what made things worse was not being informed for long periods apart from social media.”

“We would like to thank our U.S.A  relatives  Phil and Eamon Smyth (formerly of Blackrock ) and their family for their generosity towards  us. The Irish Embassy for their support , and  all from the  Dundalk  area  who texted / emailed / Skyped  us with  messages  of  support  over the weekend,  also our  son  Cathal  at home who kept all  our family and friends  fully briefed at all times.”

The couple were relieved  to eventually arrive back  home to Blackrock on Tuesday morning  following  their  experience.