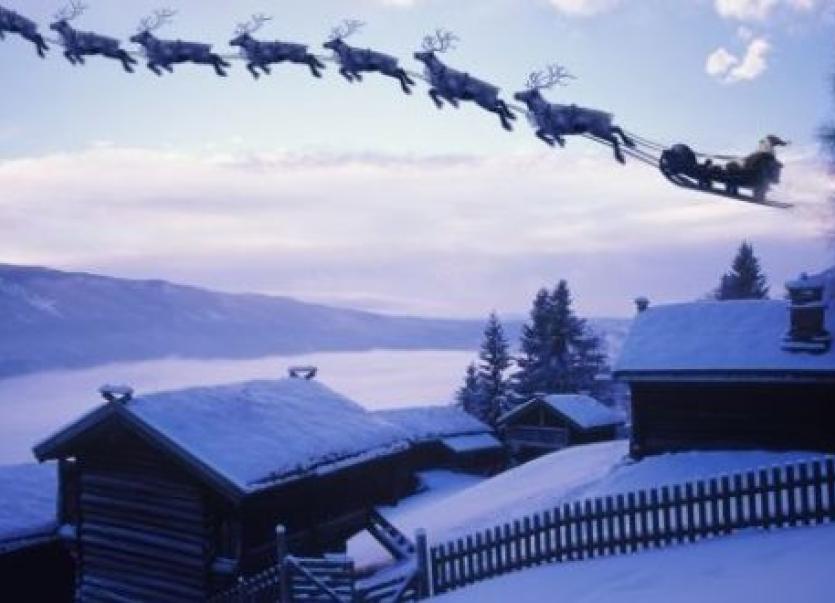 Minister for Transport, Tourism and Sport, Shane Ross TD is delighted and relieved to confirm that permission has been granted by the Irish Aviation Authority (IAA) for Santa Claus to enter Irish air space this Christmas Eve. There had been worries that Storm Barbara may have interfered with the big man’s travel plans, but the IAA have assured the Minister that Mr Claus is good to go.

In addition Minister Ross said that the Coast Guard had issued a special Christmas Navigation Warning for all Irish coastal waters and the Irish Sea.

Minister Ross said; “I have been informed that a large, jolly man on a low flying sleigh, assisted by reindeer and perhaps some elves, will be entering Irish air space tomorrow evening. I would therefore encourage all children to be safety tucked up in their beds as early as possible to ensure Santa and his reindeer can go about their work successfully.

I am happy to confirm that the country’s stock of milk, mince pies and carrots (for the reindeer) has been recently topped up. I have also just received a very important message from Mrs Claus who has asked that everyone take special care on our roads this holiday season and if you’re having a festive drink, please leave the car at home.”