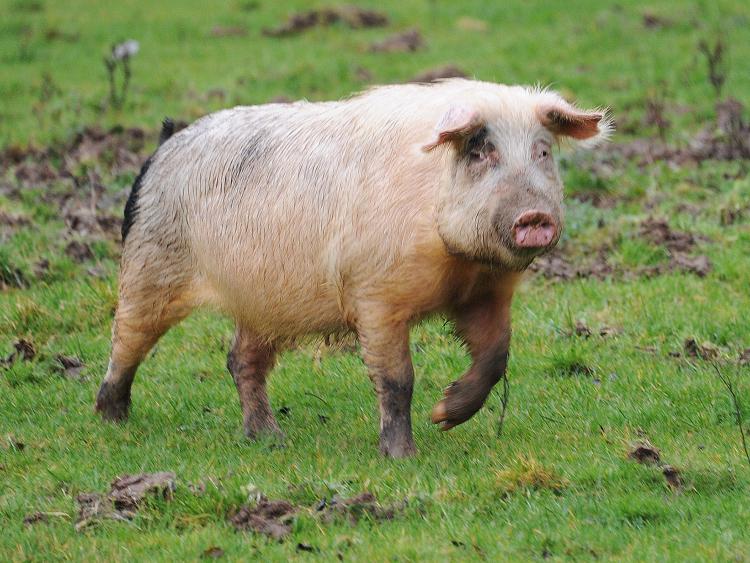 One of the giant pigs stalking the farm.

A herd of marauding pigs have invaded a Hackballscross farmer's land and are refusing to leave.
Paddy Martin - known locally as 'Paddy the Piper - says he's at a loss as what do about the 'ignorant pigs' who are wreaking havoc and damaging valuable grazing land.
The gang of pigs, 10 to 12 strong and weighing as much as 20 stone a piece, forced their way onto his land a few days ago, having made previous forays over the last number of weeks.
"Previously I could get them out, but now they will refuse to go," Paddy told the Democrat. "And they'll run around in circles.
"You can drive a sheep or a horse, but you can't drive a pig. You need to get them to follow, though even with all the meal in the world these wouldn't follow you."
"They destroyed the land, and there'll be no grass in the spring for the cows. That's the significant thing here.
"About 20 acres have now been rendered useless for me. For me to reseed those is a very expensive job. It could cost as much €8,000"
"They'll go through anything. They have a big strong snout on them. They could nearly 'hoke' up concrete. They have a big long snout and it's as hard as granite."
Paddy often takes a stick when dealing with the horror hogs.
"If you go out with a bucket of meal they will snap," says Paddy, who's at his wits end with the animals who have laid siege to his farm. "They could accidentally bite you."
What's more, Paddy fears the pigs have designs on other areas of the farm.
"They've been up and into the garden a few times.
"They're frisky and they're certainly making themselves at home.
"They have no respect for boundaries. They are grunting all the time."
"You couldn't be fond of them. It's been hugely expensive for me. It causes major, major problems."
It is not known who - if anyone - owns the pigs. 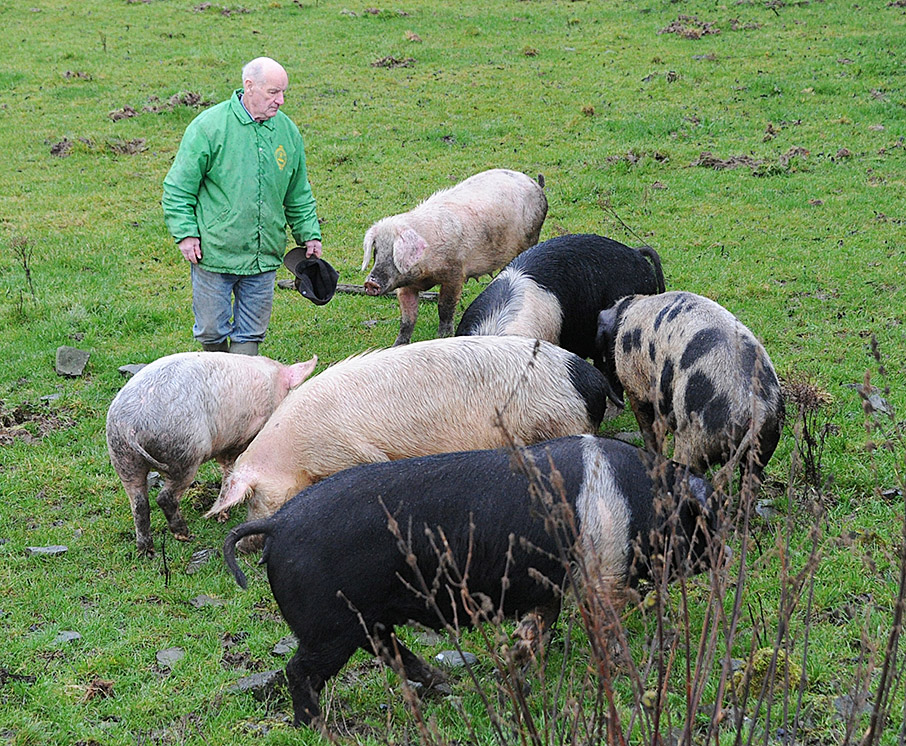