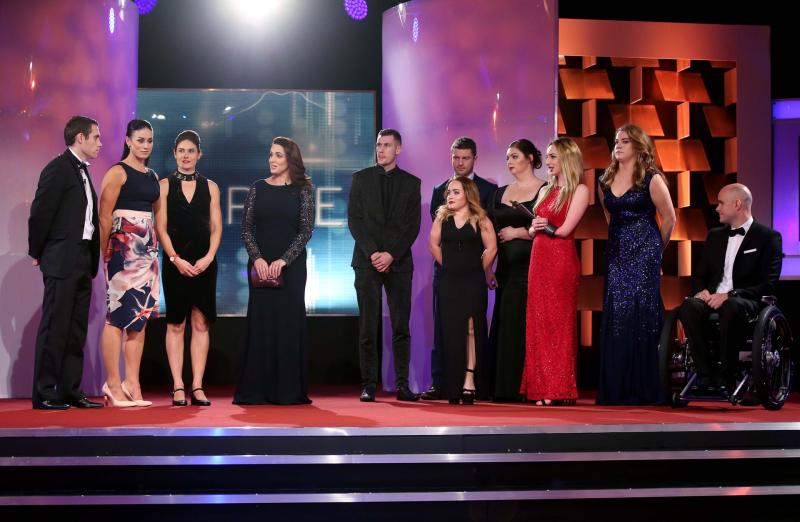 Eve McCrystal, from Dundalk, was among those honoured at the 42nd People of the Year Awards.

The Awards, which are organised by Rehab, were broadcast live on RTÉ One from Citywest Hotel, Dublin on Saturday night.
Eve McCrystal received a Sports Person of the Year Award alongside the Paralympic medallists for their incredible success in the Rio Paralympic Games. Winning 11 medals – four gold, four silver and three bronze – it was one of the finest performances for any Irish team. The tandem team of Katie-George Dunlevy and Eve McCrystal won a gold medal in the 33km race and silver in the road race. Eve has formed a formidable partnership as pilot to Kate-George since 2013. The pair won their gold in a time of 38:59.22 in the 33km race. However, Katie-George and Eve didn’t stop there, winning Ireland’s tenth medal of the Games with their silver success in the road race.
Other winners on the night included international soccer legend Robbie Keane for his commitment to international football, Olympic rowers Paul and Gary O’Donovan on their Rio success, AMEN for their campaign to raise awareness of male domestic abuse, and Connacht Rugby’s John Muldoon and Pat Lam for winning Connacht’s first silverware earlier this year. Br Kevin Crowley was honoured for his work with the homeless, and Mark and Róisín Molloy received an award for their campaign to improve maternity units. Olympic sailor Annalise Murphy also received a Sports Person of the Year Award, while Milo McCarthy scooped Young Person of the Year for raising nearly €18,000 for Syrian refugees. The Paralympic medallists were also honoured, while Davitt Walsh received an award for his bravery in the Buncrana tragedy.
Mo Flynn, CEO Rehab Group, and Chairperson of the Awards Adjudication Panel, said: “We are delighted to organise the People of the Year Awards for the 42nd year, and are honoured to share the stories of this year’s winners with the nation. These awards give us the opportunity to acknowledge our heroes from communities across the country and from abroad, whose stories and achievements inspire everyone around them. With nominations for each winner coming from the people of Ireland, these truly are the ‘People’s Awards’ and reflect all that is good about our society. We congratulate tonight’s winners, and all of the previous winners from the past four decades on their achievements and successes.’’
Previous People of the Year Award winners include Garda Adrian Donohoe, Ciaran Finn, Graeme McDowell, Brendan O’Carroll, Katie Taylor, Rory McIlroy, Gerry Ryan, Joanne O’Riordan and Seamus Heaney.