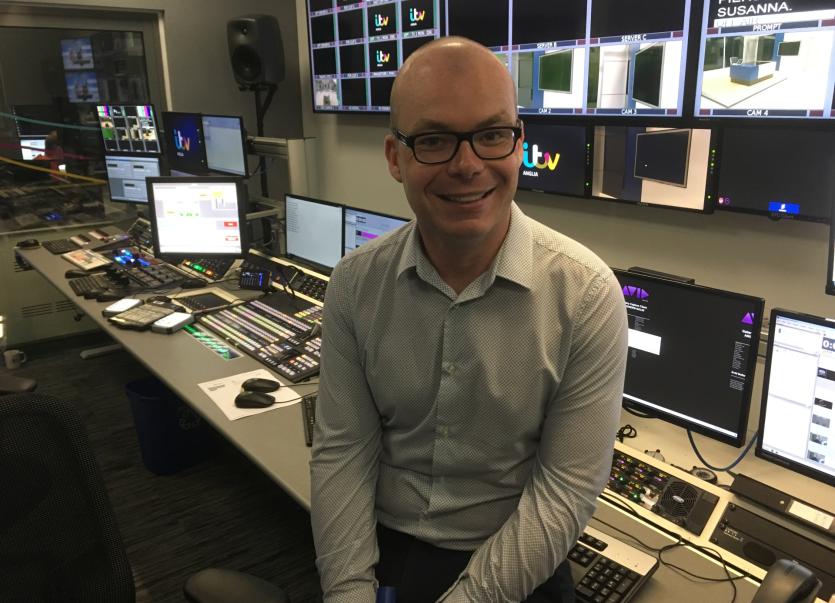 Dundalk man Terry Brennan has joined UTV as Head of News and Programmes with overall responsibility for UTV’s news and local programming output in Northern Ireland.

Terry has 13 years’ experience in journalism having previously worked as Head of News at ITV Anglia. He joined ITV News 12 years ago as a production journalist based in the Bristol newsroom for West Country. He went on to become Programme Editor and produced West Country's Royal Television Society Programme of the Year  on the Weston Pier fire.

Born in Dundalk, Terry started his journalism career with the BBC in the East Midlands. He has been working closely with the UTV news team since ITV acquired the company earlier this year.

Terry Brennan said: “I am delighted to join UTV’s strong news team which produces the most watched news by far in Northern Ireland. So far this year, UTV Live has produced some very strong programmes delivering excellent viewing figures and we hope to continue this trend into 2017.  ITV is totally committed to providing local viewers with the same high standards of news and current affairs they have come to expect from UTV backed up by the best of regional programmes for the Northern Ireland market.”

Michael Wilson, Managing Director, UTV said: “Terry has a proven track record in programme-making, journalism and editorial leadership and I am delighted he has joined UTV and will be responsible for both ensuring the high quality of our news output and for driving our news and local programming content forward.”