Tomás Sharkey takes over the reins at Inver College 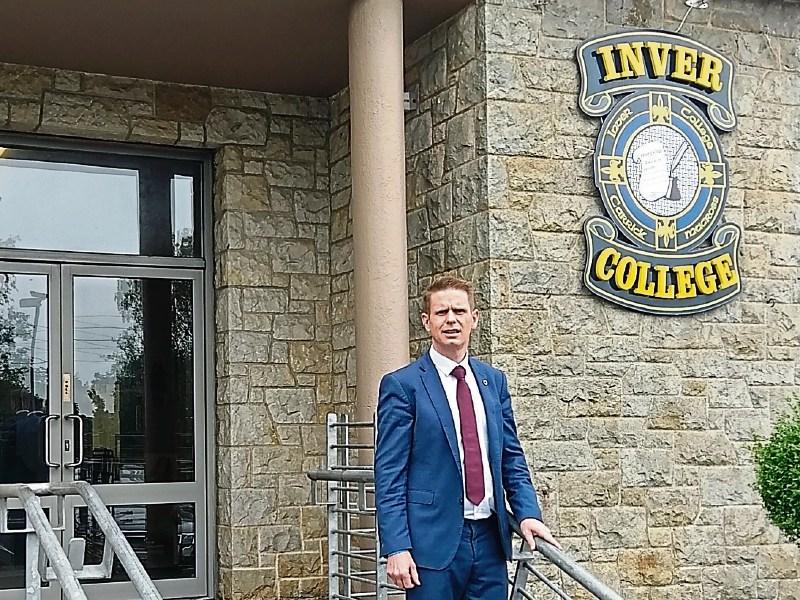 He might be known better for his exploits as a local politician, but Tomás Sharkey has recently taken up the reigns as principal at Inver College in Carrickmacross, where he hopes to usher in a new era at the school.

Originally from Blackrock, Principal Sharkey studied at Queen’s University of Belfast and the National University of Ireland in Maynooth, before taking a position at Bush Post Primary in 2003, where he spent the bulk of his teaching career.

Principal Sharkey went on secondment for some eight years after being drafted by the Department of Education as a teacher's trainer, tasked with tutoring fellow teachers in how best to deliver the department's education policies.

Tomás also sits on the Louth/Meath Education and Training Board and he spearheaded the opening of Coláiste Lú, the new all Irish second level school which opened its doors in September 2013.

It's been a busy month for Principal Sharkey.

He was first appointed as deputy principal at Beechhill in Monaghan on the 1st of September, before taking the role of principal just 11 days later at Inver College, both Cavan Monaghan Education and Training Board Schools.

“I wanted to be a principal in an ETB school. I believe passionately in the new Junior Cycle,” Mr Sharkey told the Dundalk Democrat at his new office in Carrickmacross.

“I believe the new cycle is primed for a modern economy and will bring the Irish education system into the 21st century.”

“We cater to students from all over South Monaghan and the border with Louth - be they from Tallanstown, Stonetown, Killanny, Inniskeen and Dromiskin.

“We have the perfect mix of academic and practical subjects, and faciliate both Transition Year and the Leaving Certificate Vocational.

“We have an excellent canteen serving hot dinners everyday.

“After my eight years visiting schools and giving courses, I believe we are the best school for professional and committed teachers.”

While the first few weeks have been a whirlwind of intensity for Mr Sharkey, he has been massively enthused by the process.

“This year's Junior Cert and Leaving Certificate were exceptional.

“70 per cent of our Junior Cert class got As in higher level metal work.

“Two of our Leaving Certificate won academic scholarships to DCU.

“There's a great atmosphere here that we are building on. We have a very happy group of young people here.

“Our doors are open for visitors, be they parents of potential pupils, community groups or local business people.”