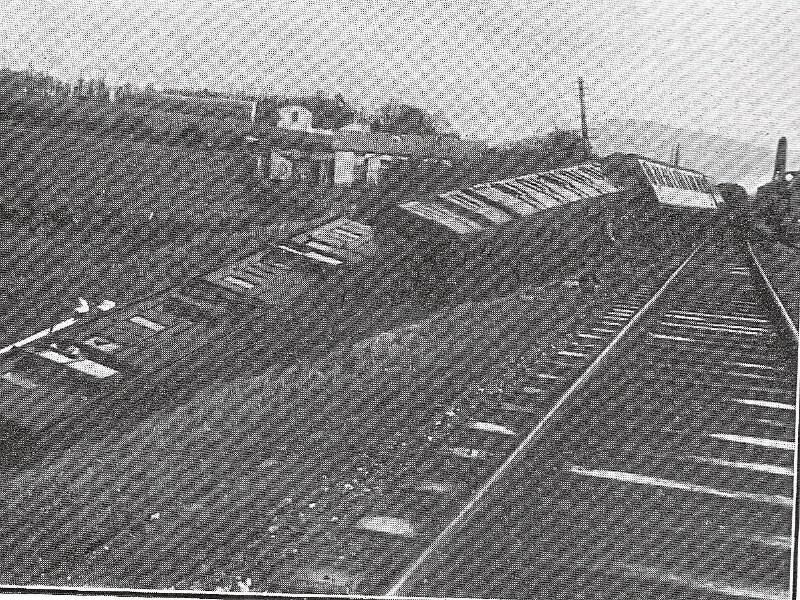 When I was a child there many local stories of 'Ghost Trains' travelling on what was supposed to be deserted parts of the various branch lines in the area at the dead of night.

That was only to be expected, I suppose, in town where more than half the population were involved in work connected with the railway system but recently I was told a tale of a ghostly train travelling on the main line north of Dundalk at a much later time than when tales like this might have been expected to have been long forgotten!

It was told me by a former Station Master who said that it had happened during the recent 'Troubles' in Northern Ireland during the 1970s and that it had caused a panic among the staff at Dundalk's Clarke Station. He recalled that he had been called from his bed in the early hours of one morning with the news that there was an unexpected train hurtling towards Dundalk from a northerly direction. The problem was that there was a stationary train standing on the 'Up' line (the one leading in the Dublin direction) platform. It was waiting for the first passengers to be taken to Dublin in the morning. The driver who had brought it there had gone off duty and there was nobody at the Station who could move it.

The panic was caused by a telephone call from the R.U.C. in Newry saying that they had a report from an Army patrol on the main line at Adavoyle informing them that a fast moving train had just passed them travelling southwards. The soldiers wanted to known why they had not been informed that there was a train travelling on that stretch of line at that time of night. The puzzle was added to by the report that this train seemed to be pulled by an old fashioned steam locomotive!

The Station Master had no report of a train coming through but was very worried that, if it was a special through train to Dublin, not intended to stop in Dundalk, it would run full-tilt into the stationary train and cause a terrible accident. In the event no train showed up at Dundalk and the conclusion was that it was the ghost of a train that had been de-railed by the I.R.A. back in June 1921.

That de-railment had taken place about a month before the Truce in July 1921 and had probably been carried out by a detachment of the 4th Northern Division of the I.R.A. under the command of Frank Aiken. The story is recounted in the book 'Dundalk A Military History' by Frank Gavin and Harold O'Sullivan which is now very difficult to obtain. It states ---

'In June they (I.R.A.) de-railed a train at Adavoyle carrying troops of the 10th Hussars returning from Belfast to the Curragh Camp, having taken part in the ceremonials associated with the opening of the Six County Parliament by George V. Three soldiers and one railway guard were killed and the many injured were brought to hospital in Dundalk'.

In another account I have read about the de-railment in 1921, it was stated that there were many cavalry horses on the train and that most of them had to be put down because of their injuries. It was stated that one non-commissioned officer who had charge of the animals stayed, crying, at the scene over his beloved horses!

Was this the 'Ghost Train' seen by the British Army that night forty years ago? The Station Master involved assures me that there was really an emergency alert at Dundalk Station that night which, fortunately, proved to be a false alarm! The truth of what really happened may never be known!

On this date forty five years ago, Saturday October 9, 1971, an incident took place outside the Imperial Hotel in Park Street as An Taoiseach Jack Lynch was leaving a banquet, given by the National Convention of Junior Chambers of Commerce of Ireland, he had attended in the Hotel. Republicans from Northern Ireland had mounted a demonstration against Interment in the Six Counties which was baton charged by gardai.

This had caused a deterioration of relations between local exiles from the Belfast Troubles and the Gardai which culminated in the riots in Dundalk in September of the following year.