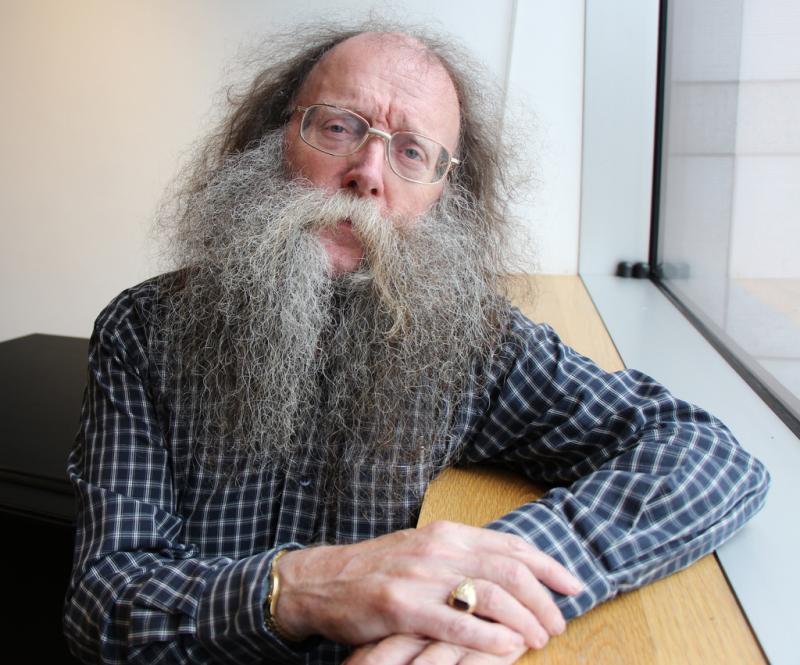 If you fancy trying out a night out with a difference in a venue that that has housed patriots, paupers, volunteers, agitators, smugglers and petty thieves whilst witnessing secret weddings, executions and daring escapes then a visit to The Oriel Centre, Dundalk Gaol is a must when Ireland's Greatest Storyteller Eddie Lenihan will enchant you with Tales of Magic, Myth and Mystery in the lead up to Halloween on Saturday 22nd October 2016.

Eddie Lenihan is a living legend to all who remember being entranced by his 'Ten Minute Tales' which were broadcast on RTE and for his series on BBC Radio. Eddie is one of the few practising Seanchaí remaining in Ireland and is particularly well known for his tales of Irish folk heroes, fairies, fallen angels and other supernatural beings as recorded in Irish mythology, folklore and oral history.

The Seanchai doesn't just tell his stories - he believes in them. He talks of the fairies, 'the good people', 'them', 'the other crowd', as more than the inhabitants of tales from the past. They look, he says, just like the rest of us - which means they can't be easily identified!

He will be supported on the night by one of Irelands most talented traditional musicians Sean Walsh.  In the past Sean has toured with Comhaltas Concert Tour Of Ireland and Britain and also featured in a BBC Radio Ulster documentary about Patrick Kavanagh so his performance one not to be missed.

So if you want to experience a night of spooky tales with one of Irelands’ greatest storytellers Eddie Lenihan on Saturday 22nd October 2016 in one of Dundalk’s most unique venues then log onto www.orielcentre.ie or phone 042 9328887 for tickets as soon as possible as tickets are limited.

Other date at the Oriel Centre to keep in your diary is Saturday 12th November when the Oriel Centre will welcome a performance by the internationally lauded and revered jazz and blues legend, Mary Coughlan. Tickets for this show are a must and are now available online at www.orielcentre.ie.