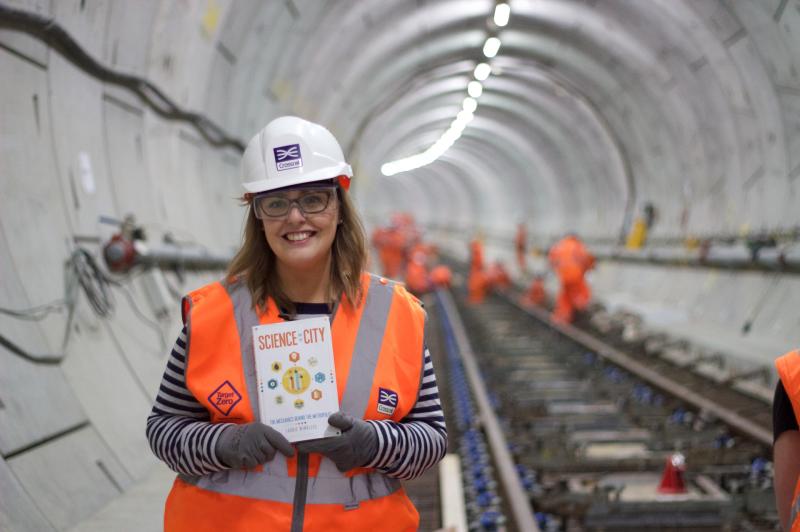 Dundalk-native Laurie WInkless has just released a new book titled 'Science and the City'. In this Q&A with the Democrat she looks back at her time living in Dundalk and her memories of the place.

- Can you tell us a bit about yourself and your background here in Dundalk?

My parents are Rosemary and Jackie Winkless and I grew up in St Malachy's Villas. Lots of my family and friends still live in Dundalk, so I visit pretty often! Given my family history, I was also heavily involved in music and dance throughout my childhood. I went to St Malachy's primary school, followed by St. Mary's College, before heading to Trinity College Dublin, for a BSc Physics with Astrophysics. As part of that, I spent a summer in Florida on a scholarship to the Kennedy Space Centre.

I moved to London on the completion of my degree to do an MSc in Space Science at University College London. I then joined the Materials Team at the National Physical Laboratory (NPL) as a scientist, where I worked for more than 7 years. I signed my book deal with Bloomsbury in the summer of 2014, and wrote the book, Science and the City, while working part-time with various science organisations. My book was published across Europe on 11 August, and will hit US bookshelves on 25 October.

- How do you find living in London, compared with old Dundalk?

To be honest, it's almost impossible to compare them! I haven't really ever lived in Dundalk as an adult - I left in 2003 (aged 19-20) - so most of my adulthood to date has been spent in London! As a big fan of urban technologies, transport and infrastructure, London's been a wonderful place to live - the scale of the city (its population is almost twice as large as Ireland's) means that the engineering / science challenges are huge, so its been rather inspirational. There's always something to do, and it's easy to find people who share your interests. It's also a great stepping stone for travel - something else I love to do! Dundalk has many benefits though - it's the home of my lovely family and some fantastic friends, as well as being a short drive from wonderful landscapes.

- Where did your early interest in science come from?

It was a combination of things, really. My parents tell me that I've always been very curious - from teaching myself to read at an early age, to taking things apart to understand how they work! I played with lots of my sibling's old toys too, including a telescope, which was what first hooked me in to all things space-related.

My mum was hugely encouraging of my love of reading and study, and used to bring me to the library a lot - books opened up the whole world to me, including science, and they introduced me to great writing! As well as that, my dad is a retired engineer - he always let me help him with various DIY projects, which helped to hone my practical skills. By first year in secondary school, I knew I wanted to study physics at Trinity. These days, I get to combine my love of writing with my love of science and engineering - I feel very lucky.

- What's your new book 'Science and the City' about and where did the inspiration come from?

I've described Science and the City as my scientific love letter to the great cities of the world - really, it's a primer to how cities work. More than half of the world's population now live in urban areas, and that proportion is only going to increase. With that comes an ever increasing challenge of delivering power and water to people, while transporting, feeding and housing a growing population.

Science and engineering have always been right at the heart of the city, but looking into the near future, I think they'll become even more important. In the book, which is split into 7 chapters (like, Switch, Drive, Wet), I look at the technologies that have gotten us to where we are today. I also interviewed researchers working right at the cutting edge, to uncover those technologies that will transform the city of tomorrow.

Inspiration for it came from various sources. My research at NPL was focused on materials, so that forms a large part of the book, and as an adopted Londoner, I am obsessed by transport. I'm also very curious by nature, so long found myself asking questions of the city, like how much water flows through its pipes, or why leaves on the line cause such problems for trains.

Together, this led to the idea of writing a book on how cities work. I also found myself getting tired of reading stories about new technologies that were more science fiction than science fact, so I included some realistic 'future gazing' to each chapter too.

Science and the City is very much targeted at a general audience - I promise you don't need a background in maths or materials science to get through it - it's really accessible! If anything, I want it to be the book that kick-starts a person's interest in science. Much of it is probably suitable for children, but I definitely wrote it for adults, so perhaps it is best for teens upwards. I'd say that anyone curious about the world they live in will get something out of it.

- Any plans for another book?

I definitely have the beginnings of an idea for Book #2, but it's too early for me to discuss it - sorry. I'm working on it, so fingers crossed my publisher likes the idea enough to ask me to write a proposal!

- Do you get back to Dundalk often?

Yes, at least a couple of times a year.

- Any stand out memories from Dundalk?

Lots! I loved my years at the Marist, so can't wait to visit the new school. Dancing was a huge part of my childhood too, so another strong memory is of going in and out of rehearsals and to the Town Hall for my mum's many productions. Mostly, I just associate Dundalk with my family and friends - I'm lucky to still have such a close link to my hometown! 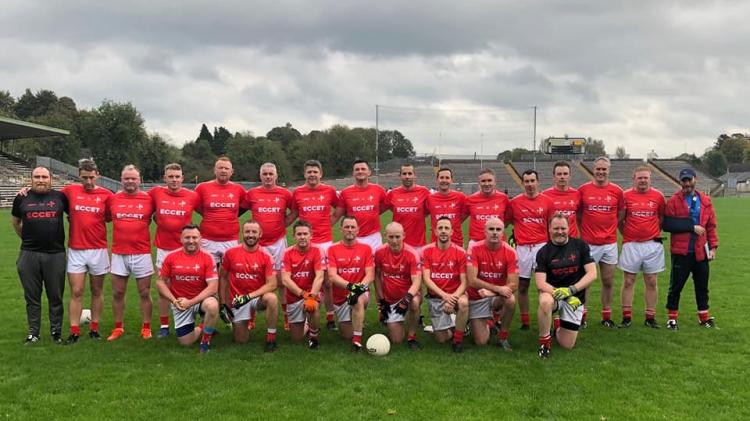