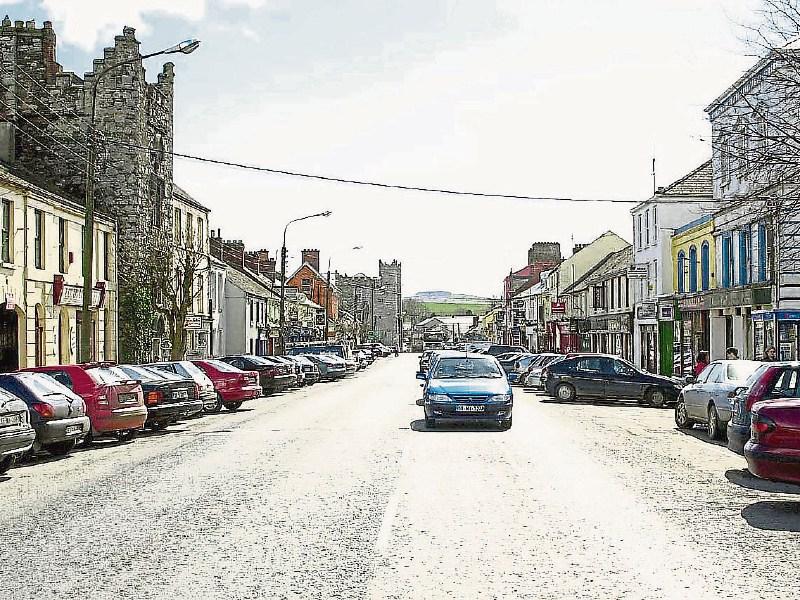 Bags containing domestic rubbish were dumped on Ardee’s main street last week. And this type of illegal dumping has led to the council removing litter bins from the town.

Ardee councillor Jim Tenanty told last week’s meeting of Ardee Municipal Council that 10 bags on household waste were dumped last week on the street and council staff now have to empty the bins each day.

He said the bin at College Park was removed because it was a health hazard. It was so bad it attracted rats. Three bins have been removed from the town’s streets because of the illegal dumping.

He also pointed out that the residents of Ferdia Park are fed up of people “dumping on their doorstep”.

The recycling bins at Ferdia Park are a health hazard with people dumping tyhere all of the time.

Council officials said they had to remove bins in Ardee because “all we get is household rubbish”.

Stating that the recycling area at the entrance to Ferdia Park is overused and can be a danger to motorists and pedestrians and can be a health hazard.

In reply, the council said the Ferdia Park bring banks have been located there for the past 10 years. On occasion, when the banks are full, waste has been left at the site. The council cleans up any waste left at the bring banks and the littler wardens investigate and prosecute if necessary.

CCTV has been used previously at this location.

The recycling bottle banks at Ferdia Park Ardee were left in an appalling condition over the Christmas holidays, according to the local residents group.

Liz McKenny, a spokesperson for the group said then that despite appeals to people not to dump material at the banks, a huge amount of rubbish was left strewn in the vicinity of the banks.

The county council litter wardens had to be called in and appeals made to council officials to get the mess cleaned up.

Despite being asked not to dump when the banks were clearly full, some people continued to do so.

Independent county councillor Jim Tenanty contacted senior council staff at the time and the area was cleared up thanks to the council and the recycling centre. But the local residents group was very angry at the dumping.

It was also claimed at the time that a recycling area in another part of town had been removed and this has not helped.

Ferdia Park has won many prizes in the Louth Looking Good Awards.

awards ceremony and is one of the tidiest and finest estates in any part of Louth.

The local residents group has worked tirelessly over the years to achieve this high reputation, so there is clear disappointment that such indiscriminate dumping is taking place.

People are asked not to abuse these facilities by leaving rubbish or waste at them.

Littering is an offence under the Litter Pollution Act and offenders are liable to an on-the-spot fine of €150.

Leaving your recyclable items beside the bottle banks, rather than placing them in the containers provided is illegal and costs time and money to clean up. When the banks are full, it is illegal to leave rubbish.