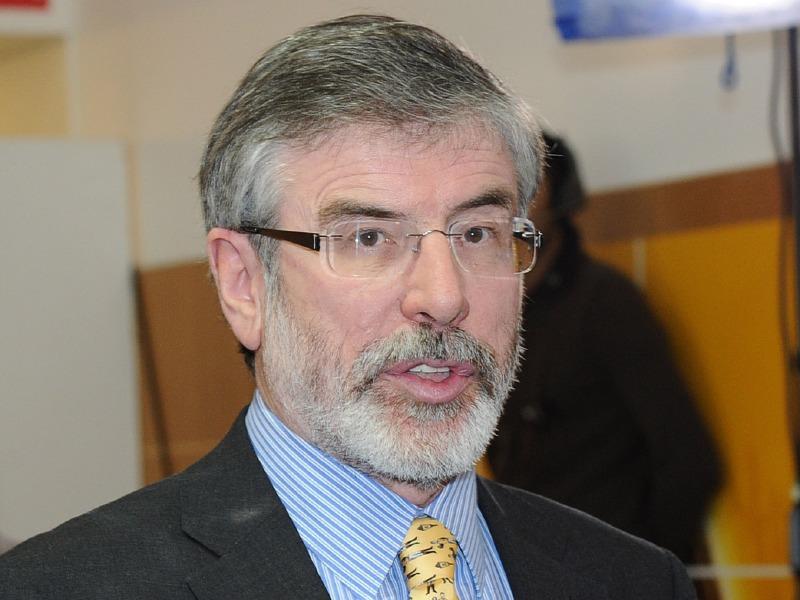 Sinn Fein Cllr Tomás Sharkey labeled Gerry Adams use of the N-word on Twitter as 'wrong' and said he hopes it doesn't distract from his party's work on behalf of its constituents.

Cllr Sharkey comments come following Sinn Fein President Gerry Adams use of the N-word in a tweet on Sunday night, which has caused a huge furore online and made headlines around the world.

Cllr Sharkey said: "The tweet was wrong. Gerry should not have made the remark in a tweet that cannot offer the context or irony that he intended.

“There are many important matters in Ireland that need to be discussed in public. I hope this episode does not distract from our work on behalf of our constituents."

Adams has defended his use of the N-word, saying the comment was ironic and taken out of context.

The tweet was deleted and he released a statement later that evening, before releasing a second statement yesterday (Monday)

"Django Unchained is a powerful film which highlights the injustices suffered by African Americans through its main character Django.

"In my tweets I described him as a ‘Ballymurphy n……‘ and ‘an uppity Fenian.’

"I have acknowledged that the use of the n-word was inappropriate. That is why I deleted the tweet.

"I apologise for any offence caused. I stand over the context and main point of my tweet about the Django which were the parallels between people in struggle.

"Like African Americans Irish nationalists were denied basic rights. The penal laws, Cromwell’s regime, and partition are evidence of that.

"In our own time, like African Americans nationalists in the north, including those from Ballymurphy and west Belfast, were denied the right to vote; the right to work; the right to a home; and were subject to draconian laws.”