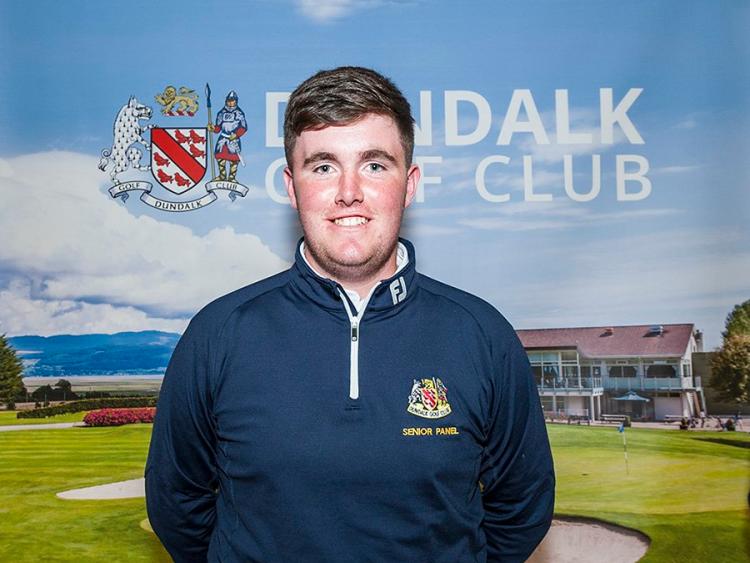 Eoin Murphy has got his 2019 season off to a great start by winning the Hilary Society’s Gold Medal for the player who shoots the lowest aggregate nett scores from three outings.

Eoin Murphy has got his 2019 season off to a great start by winning the Hilary Society’s Gold Medal for the player who shoots the lowest aggregate nett scores from three outings. His four under par score beat long-time leader Graham Lynch (Co. Louth) by a single shot thanks to an eagle, par, birdie finish in the final event at Royal Dublin.

Walshe also won the Gold Medal in 2016 and, playing off four, he was also the overall winner in Royal Dublin with a nett 72 where Murphy (+1) captured his third gross prize of the season with a 74. The Dundalk pair also teamed up with Seán Murphy from Greenore to win the team prize with a score of 65.

On the team front the Irish Mixed Foursomes team are through to the next round where they will face Ardee following their impressive 4-1 win over Laytown & Bettystown.

In the Barton Cup Dundalk beat Ardee 3-2. Conor Curran & Bobby McCarthy came from one down with two to play to beat Jamie Kelly & Peter Taaffe on the 19th. Brian Renaghan & Damian English had a convincing 7&6 win over Ben Caffrey & Jack Phipps having taken early control of the match by winning the first three holes to go three up.

Billy Cairns & Aidan Thornton had a 4&2 win over Paul Wisniewski & Ronan Phipps. Having turned three up and then won 12 to go four up, the Dundalk were three up with three to play when Cairns stitched his second shot on 16 to within a foot of the pin to close out the match. Martin McEnteggart & Mark Gorham were beaten 2&1 by Kevin Commins & John Callan after the Ardee pair went two up afer 12 and held on to win on the 17th. Alan McDermott & Jim Dwyer lost 3&2 to Eamonn Breen & Sean McAufield when, after being level with five to play, they lost the next three holes and the match. Dundalk will now play Ashbourne in the next round.

Gavin McDonnell shot the only sub-70 round in a gale force wind on Sunday to win the Jubilee Cup. His 69 was enough to give him a two shot winning margin from Gerry Oakes (17) who took second place on countback. McDonnell’s round featured three point scores at the fourth, fifth, eighth, ninth, 14th and the 18th.

Maurice Murphy (3) took the Gross Prize with a 76, while Seán McGeough (17) won the Veteran’s Prize with a 74 and Chris Clarke (16) was the best Juvenile after a 69. Neil Mullooly (6), Brendan Duffy (13) and Larry Hanratty (23) were the respective winners of the three category competitions.

Robert Treanor (19) with a score of 42pts was the winner of Wednesday’s Singles Stableford competition.

Group Lessons with our club professional Leslie Walker begin this week with all aspects of the game covered in a fun and informative format. Lessons cost €50 for four weeks and will take place on Wednesdays from 6:30pm to 7:30pm starting on April 17 and on Fridays from 10am to 11am starting on April 19. More information is available from the Pro Shop on 042-9322102.