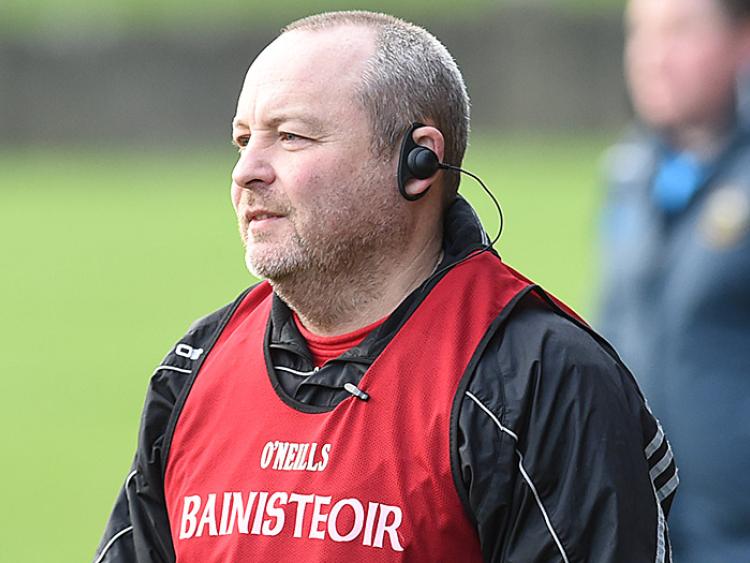 Wayne Kierans is convinced the “results will come” ahead of a crunch three-week period in the season of Louth’s senior footballers.

The Reds take on Offaly in the rescheduled National League game in Drogheda on Sunday (2pm), before visiting Derry and hosting Leitrim, as they bid to rid themselves of their pointless tag in Division Three.

And the round three tie’s deferral may have a desirable effect on Kierans’ stretched squad, with Declan Byrne, James Craven, Conall McKeever and Niall Sharkey set to be available for The Faithful’s visit. Key forward Ryan Burns will also return to training, though his involvement on Sunday is still to be determined.

“The games are all extremely tight and winnable, but it’s a question of getting the performances to win them,” Kierans told The Democrat. “We’ll be ready for Sunday, there’s no doubt about that.”

Kierans and co have taken a fair bit of flak from various quarters over a league campaign which has to date produced two defeats. Bringing O’Byrne Cup form into the equation and Louth are on four-game losing streak, having won just once in seven attempts since last year’s Leinster Championship victory over Wexford.

But the O’Connell’s man has rejected any notion of pressure or an added onus on the result of this weekend’s game.

“There’s never any negativity within our camp. We’re obviously disappointed that we let the Tipperary game slip and we did a lot of analysis work during the week on it, and got a lot of value from it, so, hopefully, we’ll learn from it and have it as a good reference point for the future.

“We’ve been fine, particularly as we can see the squad getting healthier - which was more of a worry over outside influences.”

He added: “You can’t really categorise the two seasons in the same light, but what I would say is the Antrim game (All-Ireland qualifier) was a hangover from the Dublin game (Leinster quarter-final) - I’ve thought a lot about that. It’s not easy to be beaten by such a margin (26 points) and then to come out firing all guns blazing.

“In terms of the new season, we’ve a lot of changes in personnel and a lot of young players getting their first experience of National League football. If they were a million miles away in the games we’ve had so far you’d be really worried, but we’re not.

“We were average-to-poor in the first game, but last week (against Tipp) we were very competitive and we really should have won the game. It was down to a lack of composure and experience that we didn’t.

“We want to win the next game and address the form, but it’s not something that’s been a major hangover on us.”

The Louth boss’ use of ‘composure’ and ‘experience’ to reflect his team’s defeat by The Premier County drew the obvious question over whether he’s featured too many newcomers at one time so far this term. Six players have been handed National League debuts, while a dozen in all have made their senior bows since the campaign’s start.

However, Kierans, who has managed Louth at minor and U20 level, says his players are the best available, dismissing their ages as a telling factor amid a testing spell.

“They’re the best players available within the county, so they have to be blooded at some stage. We are developing players from the younger ages.

“There is a balance there, some experienced guys who pretty much always deliver in a Louth shirt and some younger guys who are learning, but delivering at the moment.

“The results will come.”