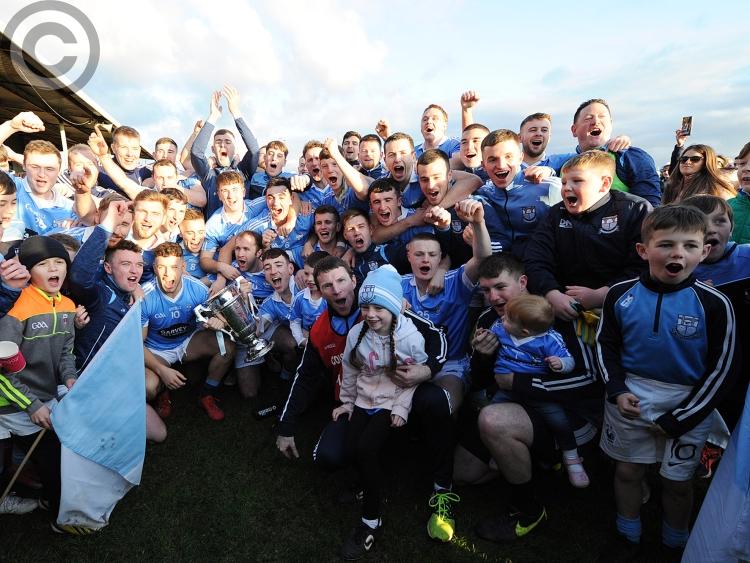 John Kermode reckons Newtown Blues have been short of luck in their recent Leinster SFC campaigns and is hopeful of an upturn in fortune ahead of Sunday’s crunch clash with Dublin kingpins Ballyboden St. Enda’s.

Blues welcome the capital’s champions three weeks since bringing up their Louth three-in-a-row, when they saw off Naomh Máirtín, whereas the South Dublin club earned a county triumph with victory over Thomas Davis last weekend.

The odds are, ultimately, stacked in Ballyboden’s favour and if omens are to be believed, the visitors will be bullish about what they can achieve over the months to come.

Indeed, the last time they lifted the Dublin crown, in 2015, Ballyboden progressed to win the All-Ireland title, having seen off Louth opposition, St. Patrick’s, at The Gaelic Grounds at the opening Leinster hurdle.

Not that Kermode and co are feeling entirely overawed about the prospect of lining out against the Basquel brothers and Michael Darragh MacAuley, etc.

“I think we’ve been unfortunate in Leinster,” Kermode said.

“We got a bit of the rub of the green against Monasterboice (Naomh Máirtín) last year and Clogher (Dreadnots) this year, but when we’ve got to Leinster, the rub of the green didn’t go our way against Rathnew (2017) , who got a goal with the last kick of the ball, and then (last year) Éire Óg sucker-punched us with two killer goals.

“We just didn’t get the rubs that we got in the club championship and that’s the way it’s gone.”

Asked what Blues need to do to combat the Metropolitans, he added: “We play in patches and that’s the problem.

“It’s just about putting everything into 60 minutes. We’re looking for that.”