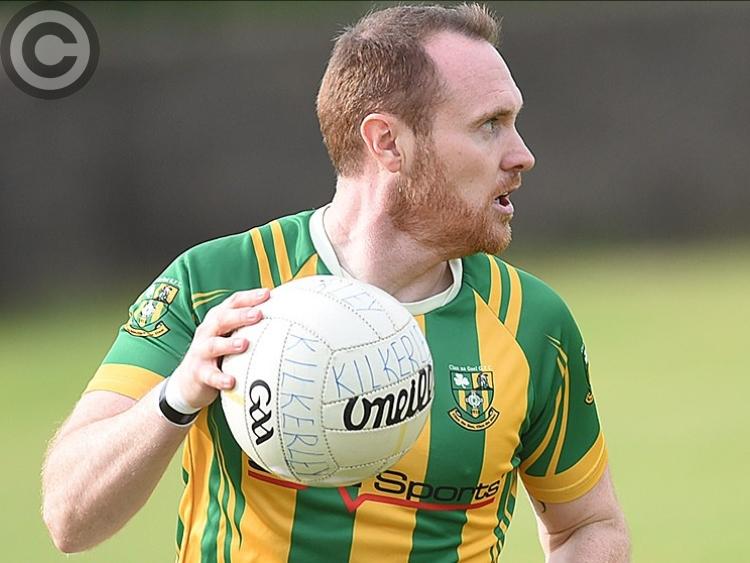 Clan na Gael's Stephen Fitzpatrick will be up against Naomh Máirtín on the Ecco Road on Friday night. (Pic: Arthur Kinahan)

DIVISION ONE
The final Cardinal O’Donnell Cup place and who plays in the relegation play-off are really the only variables worth paying heed to in round 11 of the top-flight.

And, even then, the top four looks almost cemented into place, Naomh Máirtín, Ardee St. Mary’s and Geraldines assured of semi-final places, while it would take something very unfortunate for Dreadnots to drop out.

The Clogherhead men sit a point clear of champions Newtown Blues and are at home to mid-table St. Bride’s. Blues, meanwhile, visit O’Raghallaigh’s knowing a win is paramount. If Dreadnots fail to win and Blues do, the holders will qualify for the last four.

O’Raghallaigh’s, on the other hand, are all but relegated. They can draw level with Cooley Kickhams and Clan na Gael - provided the pair lose - but their score difference is so much inferior that it would take a major victory for them and heavy losses for the others for the situation to become in any way competitive.

Cooley can escape the play-off by beating St. Patrick’s, with Clans going down at home to Naomh Máirtín. Sean O’Mahony’s and St. Bride’s aren’t fully out of danger, but it would be unlikely that one of them will finish below 10th.

DIVISION TWO
St. Fechin’s will win the title if they win away to Hunterstown Rovers, or merely match O’Connells’ result against relegation-threatened Naomh Fionnbarra. O’Connell’s must better Fechins’ result.

The consolation prize for either of the contenders who fall short is a guaranteed play-off place as runners-up. The following two knockout slots are between three teams - St. Mochta’s, Dundalk Gaels and Dundalk Young Irelands.

Presently, the former two are in the ascendency, with Mochta’s at home to Glyde Rangers, who are getting a strong whiff of relegation, and so a competitive, neighbourly clash is to be expected in Louth Village.

Kilkerley Emmets host Dundalk Gaels, with Gaels needing a win, or to better Young Irelands’ result, to ensure a play-off spot. Young Irelands must defeat St. Joseph’s and hope one of the others drop points.

DIVISION 3A
Roche are champions; Lannléire are in the play-offs; Stabannon are relegated.

Naomh Malachi will be in the demotion play-offs if they fail to win or Na Piarsaigh defeat Stabannon.

DIVISION 3B
Westerns are champions. Sean McDermott’s, John Mitchel’s and Dowdallshill are in the play-offs, it’s just a matter of deciding their order, second to fourth.

Mattock Rangers vs Geraldines (all 7:30pm)

O’Connell’s vs Naomh Fionnbarra (all 7pm)

Naomh Malachi vs Lannléire (all 5pm)